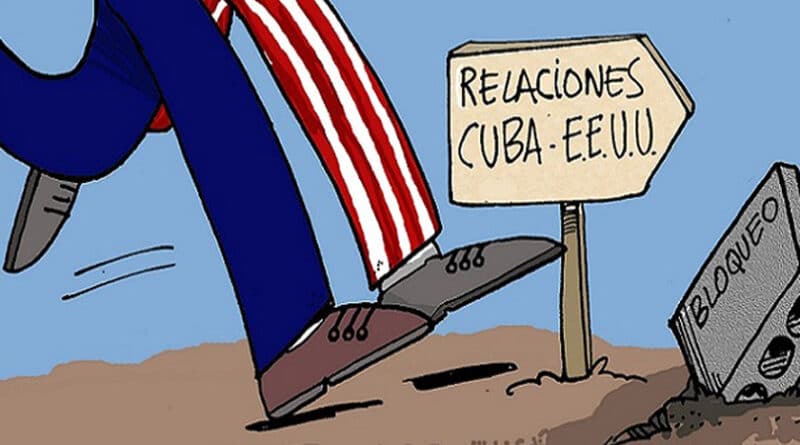 HAVANA, Cuba, Feb 8 (ACN) Cuban Foreign Minister Bruno Rodríguez Parrilla, thanked on his Twitter account the continuous claim of brotherly African countries for the cessation of the US blockade of Cuba and the expressions of solidarity with the Cuban people, reflected in a resolution of the XXXIV Summit of the African Union.

For the twelfth consecutive occasion, the Assembly of the African Union made up of the African Heads of State and Government, approved the “Resolution on the lifting of the economic, commercial and financial blockade imposed on the Republic of Cuba by the United States of America”.

RELATED CONTENT: Washington Openly Spent about $250 Million in Subversive Actions Against Cuba Since 2000

The text expresses deep concern over the continuity of the blockade and expresses its full support for the Resolution that the UN General Assembly approves every year on the subject, Cubaminrex reported.

In another part of the document, the African Union regrets the setback experienced in the relations between Cuba and the U.S. and calls on the latter country to lift the unjustified and lengthy sanctions.

The African countries also consider the negative impact of the application of the extraterritorial Helms Burton Act, especially the full implementation of its Title III, as well as verifying the aggravated impact of the sanctions at the time of the current COVID-19 pandemic on the Caribbean archipelago.

Finally, the Resolution indicates that the blockade is the main obstacle for Cuba to achieve the goals contained in the 2030 Agenda for Sustainable Development and reaffirms Africa’s solidarity with the Cuban people.

According to the Cuban embassy in Addis Ababa, the African leaders concluded on Sunday their XXXIV Ordinary Summit of two days -held in virtual format-, which elected the new leadership of the African Union Commission, and where they analyzed various issues of vital importance for that sister continent, with emphasis on the fight against COVID-19, conflict prevention and management, as well as the development initiatives underway under Agenda 2063.