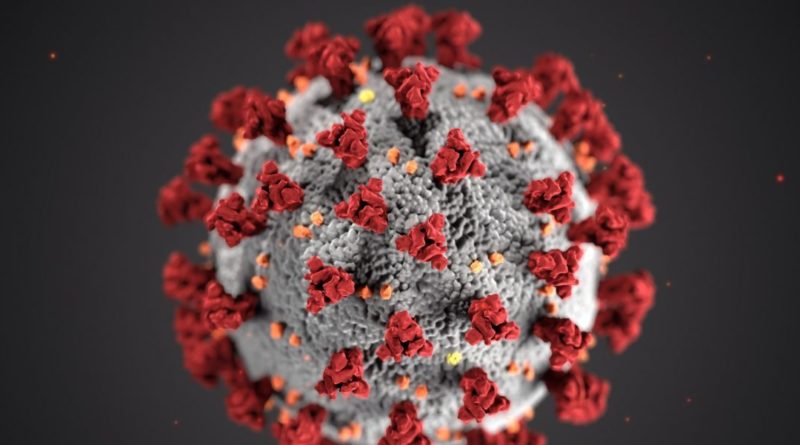 COVID-19 surged in the Chinese city of Wuhan in late December 2019, and by January 2020 it had hit Hubei province like a tidal wave, swirling over China and rippling out overseas. The Chinese state rolled into action to combat the spread and to care for those infected. Among the thirty medicines the Chinese National Health Commission selected to fight the virus was a Cuban anti-viral drug, Interferon Alpha 2b. This drug has been produced in China since 2003, by the enterprise ChangHeber, a Cuban-Chinese joint venture.

Cuban Interferon Alpha 2b has proven effective for viruses with characteristics similar to those of COVID-19. Cuban biotech specialist Dr. Luis Herrera Martinez explained, “its use prevents aggravation and complications in patients, reaching that stage that ultimately can result in death.” Cuba first developed and used interferons to arrest a deadly outbreak of the dengue virus in 1981, and the experience catalyzed the development of the island’s now world-leading biotech industry.

The world’s first biotechnology enterprise, Genetech, was founded in San Francisco in 1976, followed by AMGen in Los Angeles in 1980. One year later, the Biological Front, a professional interdisciplinary forum, was set up to develop the industry in Cuba. While most developing countries had little access to the new technologies (recombinant DNA, human gene therapy, biosafety), Cuban biotechnology expanded and took on an increasingly strategic role in both the public health sector and the national economic development plan. It did so despite the US blockade obstructing access to technologies, equipment, materials, finance, and even knowledge exchange. Driven by public health demand, it has been characterized by the fast track from research and innovation to trials and application, as the story of Cuban interferon shows.

Interferons are “signaling” proteins produced and released by cells in response to infections that alert nearby cells to heighten their anti-viral defenses. They were first identified in 1957 by Jean Lindenmann and Aleck Isaacs in London. In the 1960s Ion Gresser, a US researcher in Paris, showed that interferons stimulate lymphocytes that attack tumors in mice. In the 1970s, US oncologist Randolph Clark Lee took up this research.

Catching the tail end of US President Carter’s improved relations with Cuba, Dr. Clark Lee visited Cuba, met with Fidel Castro, and convinced him that interferon was the wonder drug. Shortly afterwards, a Cuban doctor and a hematologist spent time in Dr. Clark Lee’s laboratory, returning with the latest research about interferon and more contacts. In March 1981, six Cubans spent twelve days in Finland with the Finnish doctor Kari Cantell, who in the 1970s had isolated interferon from human cells and had shared the breakthrough by declining to patent the procedure. The Cubans learned to produce large quantities of interferon.

Within forty-five days of returning to the island, they had produced their first Cuban batch of interferon, the quality of which was confirmed by Cantell’s laboratory in Finland. Just in time, it turned out. Weeks later Cuba was struck by an epidemic of dengue, a disease transmitted by mosquitos. It was the first time this particularly virulent strand, which can trigger life-threatening dengue hemorrhagic fever, had appeared in the Americas. The epidemic affected 340,000 Cubans with 11,000 new cases diagnosed every day at its peak. 180 people died, including 101 children. The Cubans suspected the CIA of releasing the virus. The US State Department denied it, although a recent Cuban investigation claims to provide evidence that the epidemic was introduced from the US.

Cuba’s Ministry of Public Health authorized the use of Cuban interferon to halt the dengue outbreak. It was done at great speed. Mortality declined. In their historical account, Cuban medical scientists Caballero Torres and Lopez Matilla wrote, “It was the most extensive prevention and therapy event with interferon carried out in the world. Cuba began to hold regular symposia, which quickly drew international attention.” The first international event in 1983 was prestigious; Cantell gave the keynote speech and Clark attended with Albert Bruce Sabin, the Polish American scientist who developed the oral polio vaccine.

Convinced about the contribution and strategic importance of innovative medical science, the Cuban government set up the Biological Front in 1981 to develop the sector. Cuban scientists went abroad to study, many in Western countries. Their research took on more innovative paths, as they experimented with cloning interferon. By the time Cantell returned to Cuba in 1986, the Cubans had developed the recombinant human Interferon Alfa 2b, which has benefited thousands of Cubans since then. With significant state investment, Cuba’s showpiece Center for Genetic Engineering and Biotechnology (CIGB) was opened in 1986. By then Cuba was submerged in another health crisis, a serious outbreak of Meningitis B, which further spurred Cuba’s biotechnology sector.

In 1976, Cuba was struck by Meningitis B and C outbreaks. Since 1916 only a few isolated cases had been seen on the island. Internationally, vaccines existed for Meningitis A and C, but not for B. Cuban health authorities secured a vaccine from a French pharmaceutical company to immunize the population against type C Meningitis. However, in the following years, cases of type B Meningitis began to rise. A team of specialists from different medical science centers was established, led by a woman biochemist, Concepción Campa, to work intensively on finding a vaccine.

By 1984 Meningitis B had become the main health problem in Cuba. After six years of intense work, Campa’s team produced the world’s first successful Meningitis B vaccine in 1988. A member of Campa’s team, Dr. Gustavo Sierra, recalled their joy: “this was the moment when we could say it works, and it works in the worst conditions, under pressure of an epidemic and among people of the most vulnerable age.” During 1989 and 1990, three million Cubans, those most at risk, were vaccinated. Subsequently, 250,000 young people were vaccinated with the VA-MENGOC-BC vaccine, a combined Meningitis B and C vaccination. It recorded 95% efficacy overall, with 97% in the high-risk three months to six years age group. Cuba’s Meningitis B vaccine was awarded a UN Gold Medal for global innovation. This was Cuba’s meningitis miracle.

“I tell colleagues that one can work thirty years, fourteen hours a day just to enjoy that graph for ten minutes,” Agustin Lage, Director of the Center for Molecular Immunology (CIM), told me, referring to an illustration of the rise and sudden fall of Meningitis B cases in Cuba. “Biotechnology started for this. But then the possibilities of developing an export industry opened up, and today, Cuban biotechnology exports to fifty countries.”

Since its first application to combat dengue fever, Cuba’s interferon has shown its efficacy and safety in the therapy of viral diseases including Hepatitis B and C, shingles, HIV-AIDS, and dengue. Because it interferes with viral multiplication within cells, it has also been used in the treatment of different types of carcinomas. Time will tell if Interferon Alfa 2b proves to be the wonder drug as far as COVID-19 goes.

Helen Yaffe is a lecturer in economic and social history at the University of Glasgow. Her teaching focuses on Latin American and Cuban development. Since 1995, she has spent time living and researching in Cuba. Her doctoral thesis was adapted for publication as Che Guevara: The Economics of Revolution in 2009 and she is the co-author of Youth Activism and Solidarity: The Non-stop Picket Against Apartheid, 2017. She regularly provides commentary on Cuba for the mainstream media.