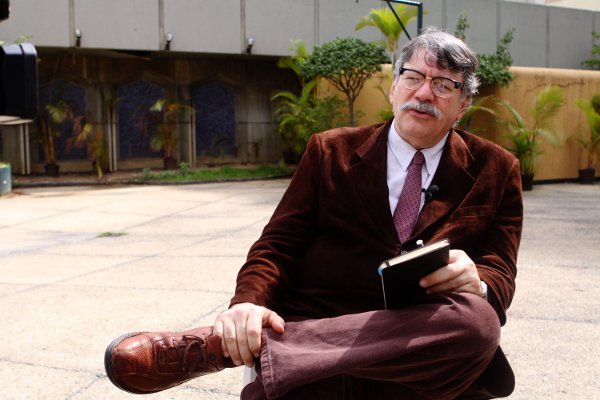 Some of the restrictions that capitalism imposes on human beings include access to territorial and conceptual knowledge of the whole world with its realities. They include a kind of starvation of knowledge and experiences necessary for the normal growth of social consciousness and species consciousness. They include the shortage of intellectual nutrients that support basic mental abilities such as the capacity for abstraction, the capacity for organization, the ability to mobilize and critical thinking skills. And as all de-nutrition, produces havoc. Accept this imperfect metaphor provisionally. Here is a crucial ethical problem for our time.

To recover from such dispossession implies (besides being aware of it) times and strategies of special and priority attention that, up to now, have not been able to resolve, of course, the “educational models” functional to capitalism. The scourge that afflicts millions of people without knowing how to read and write is still untouched and only a few countries enjoy the “privilege” of being “illiteracy-free territories.” (Cuba, Venezuela, Bolivia …) It is astonishing that widespread ignorance in economic geography,  political and social issues, history and criticism of Culture, the Arts and popular expressions. Africa and its diversities are unknown to the open population; Latin America with its most luxuriant roots and its imperial calamities. It is a “class ignorance” that serves to sink into confusion everything that does not belong to the material and spiritual triumphs of the bourgeoisie. Such “cultural malnutrition” is not resolved by reformists or neoliberal reformers. Nor with the repression of critical teachers.

RELATED CONTENT: Politics of Culture in US: ‘The Invisible Hand of the Market’?

To make matters worse, as in all “malnutrition”, there is also the over-consumption of “junk” ideological foods that, while fattening consumers with consumer banalities, destroy the basal nutritional system. Accept this imperfect metaphor provisionally. Thus we have morbid ideological obesity, product of a market of mercantile values ​​whose reductionist effect is swelling without control on capitalism and its “mass media”. Thus, cultural malnutrition comes from scarcity as much as from saturation. At the center of the problem is the emptiness prefabricated by the bourgeoisie, to have intoxicated human beings with felicity of consumption, ignorant but grateful of not having to know so much about a world that is sold to them as alien, dangerous and boring. “Patolandia” won.

Some stratagems to make up the scandal of “cultural malnutrition” are made profitably within the “tourism industry”. As they say that “travel illustrates”, they take for granted that traveling is a way to combat the overwhelming ignorance that weighs on the world. But nothing ensures that the travelers are, really, aware of the territories they visit. The “tourism industry” has created standardization models that compress the experience into a single decoration to eat as much as to sleep. It does not matter if we are in the Sahara desert or, in Alaska or crossing the Río de la Plata in a transport more like a “supermarket” than a ship. The “culture” of the “traveler” is usually reduced to a few photos, messages in “social networks” and spurious skills to earn points or extra “miles” from the frequent traveler program. With the proper honorable exceptions.

The picture of “cultural malnutrition” is completed by computer juggling to get “good, beautiful and cheap” lodgings. Car rentals, restaurant reservations and one and another luxury within reach of the salary of the tourist masses. In the general perspective, the residual experience of a common traveler usually does not contain any information about how to live what people live in each place or what unites us to the best struggles that take place in each place on the planet. Traveling should be something else. “Ignorance Wins.”

What can be expected in schools where, hypothetically, something that serves to know and understand the world is taught, without moving from the classroom? Without moving from the television, without opening a book. (In the case that there are -to handbooks capable of combating “cultural malnutrition”) National Geographic, for example, undertook – as many have done – the work of “showing the world” but under its rules of demonstration and with the ideological package that is convenient to them injected in each place, in each event, in each situation chosen by them. Thus, we see a world exposed in such a way that even the “locals” do not recognize themselves in the face of everyday events that are closer or more daily. They show the world as English anthropologists (distant, distant and transient) of the type that they love to convert into broadcasters of their television series. There are places that have an entire collection of their videos and not a single understanding of the planet. The Ideology of the ruling class.

Everyone has the right to know their reality as a species and as a social group subject to the tensions of the class struggle. They have the right to understand its place in the dominant mode of production and their place in the relations of production. You have the right to know the history of the conditions that have been imposed and the real possibilities to get out of them. To know the struggles of their people and the struggles of other peoples who have fought and struggled to get out of a world hijacked by capitalism. Everyone has the right to work, health, housing and education and that implies the right to know the world, freely and critically, in contact with other people who, in turn, also have the right to know and recognize us as equal, fraternal and in solidarity. Not to count on that is a historical loss difficult to repair. Not to count on that is a terrible damage to the human species and its future. Preventing it is a crime against humanity also aggravated by committing with treachery, advantage and premeditation. Scheduled cultural malnutrition. What do we do?