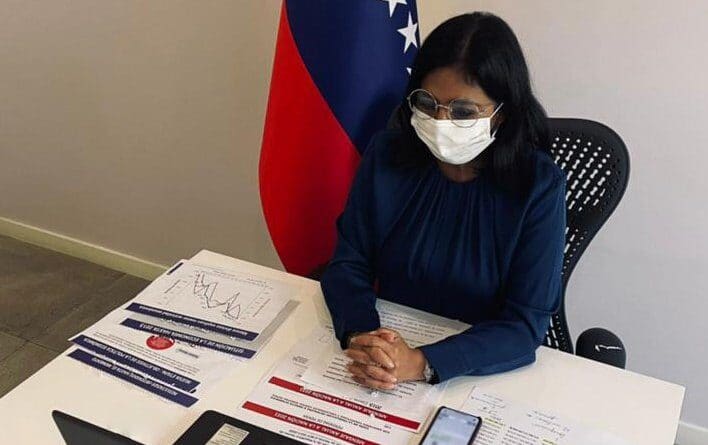 This Wednesday the Vice President of Venezuela, Delcy Rodríguez, said that despite the fact that Venezuela faced a crippling criminal blockade and financial and economic asphyxia, the country never failed to comply with its international commitments. In an interview with Venezolana de Televisión (VTV), the vice president pointed out that in 2013, the suffocation of Venezuela’s sources of external financing began. She also gave more information about the public transport payment system using digital payment mechanisms instead of cash.

Rodríguez stressed that these measures cut off any financing paths for Venezuela and the oil industry. However, she noted that the country “has fulfilled all its external financial commitments of Commander Hugo Chávez, and now with President Nicolás Maduro, and paid more than $100 billion between 2013 and 2020, for all the international financial commitments of the Republic.”

The vice president explained that President Maduro, during the Annual Address to the Nation in the Federal Legislative Palace, highlighted that “during the period 2013 to 2017, even with economic war and the blockade, the country paid over $109.6 billion to the creditors of our external debt.” Rodríguez explained that the country lost 98.6% of the volume of income in foreign currency between 2014 and 2020, going from more than $50 billion in 2013, to only $743 million in 2020.

In addition, the Venezuelan nation lost out on over $102 billion of projected income due to the sanctions and blockade of Petróleos de Venezuela (PDVSA).

Rodríguez stressed that the Venezuelan State faithfully complied with external payments until the President of the United States, Donald Trump, imposed a strong blockade against the country since August 2017, which made it impossible to pay the debts. The national productive system has also been affected by Trump’s sanctions, as well as foreign companies that did business with Venezuela. 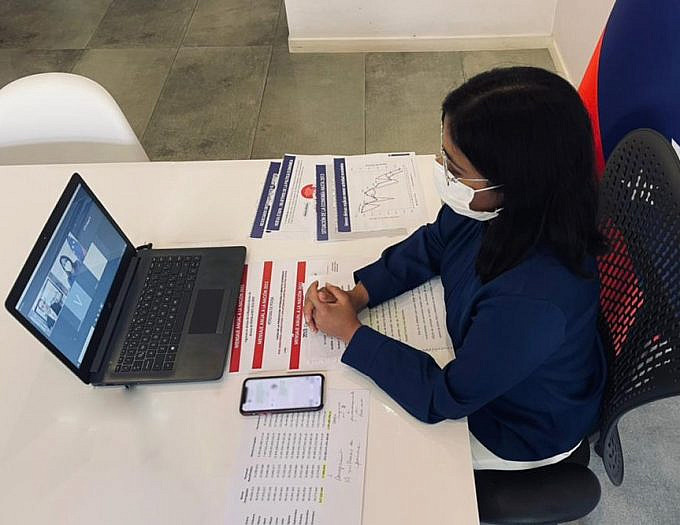 Meeting with the banking sector to advance the digital economy
The Venezuelan vice president also explained that in a meeting held with the Vice President of the Economy, Tareck El Aissami, and the banking sector, discussion was opened for using different means of payment, with accounts that have assets in foreign currency, but that at the moment to pay any business for the acquisition of goods and services, the bolivar will prevail.

“From your account in foreign currency, it will be canceled in bolivars. We are seeking to bring all sectors of the country into the banking system,” explained Rodríguez, noting that the idea is to make payments through digital mechanisms. She assured that this year the digital economy will be fulfilled, with the Patria System, through Biopayment, a payment mechanism implemented by the Venezuelan public banking system allowing payment using one’s fingerprints.

To solve the cash problem, bus ticket will be canceled with V-Ticket
Rodríguez gave more information about a public transport payment system using digital mechanisms in place of cash, which President Maduro had spoken of in his Annual Address on Tuesday. These mechanisms, called V-Ticket and V-POS, unlike current devices, do not need an online connection.

Rodríguez announced that these mechanisms will be presented soon. She also mentioned an interesting factor regarding the substitution use of digital payments: that paper money happens to be a transmitter of COVID-19, as the virus can be housed on the surface of the bill for a length of time.

Venezuela guarantees treatments against COVID-19 despite the US blockade
The vice president also reiterated that Venezuela has guaranteed free treatments, and has provided the public health system with the supplies and equipment necessary to combat COVID-19, despite the fact that our country has been criminally besieged and blockaded. In the context of the pandemic, the Bolivarian Revolution demonstrated once again that it represents a model of social welfare that has responded efficiently, providing the population free access to medicines and treatments against COVID-19.

This response from the Venezuelan State occurred in the midst of the criminal siege to which our nation has been subjected, through unilateral and coercive measures by the United States and its international allies.