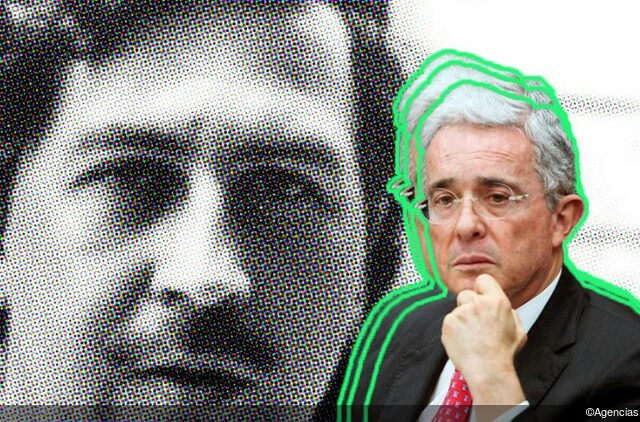 Declassified documents from the United States Department of State reveal that the Colombian drug trafficker Pablo Escobar, of Medellín (in the northwest of Colombia), financed Uribe’s electoral campaigns. This was confirmed this Saturday by local media within the South American country.

The declassified papers reveal that the far-right former president received money from Ochoa Vásquez, a member of the Medellín cartel, to campaign for the Colombian Senate. In addition the documents showed that Uribe’s relationship with the Medellin cartel dates back to 1993.

According to the documents, Escobar requested that Uribe open a line of communication between Escobar and then-president César Gaviria (1990-1994) “in exchange for the favor” of financing his electoral campaign.

This controversy surrounding the former Colombian president is not new. In 2004 the archives of the US National Security Agency (NSA, for its acronym in English) declassified a military intelligence report that included Uribe among the main drug trafficking figures in Colombia, along with Escobar and the narco-paramilitary chief, Fidel Castaño.

After being placed on house arrest on August 4, 2020, under investigation of alleged procedural fraud and witness tampering, Uribe resigned from the Senate. Uribe’s resignation as legislator allowed his case to pass from the Supreme Court of Justice to common jurisdiction, a maneuver that resulted in Uribe’s freedom being granted on October 11.

These scandals have plagued the government of the current president of Colombia, Iván Duque, who is also being investigated for alleged crimes of bribery and procedural fraud.