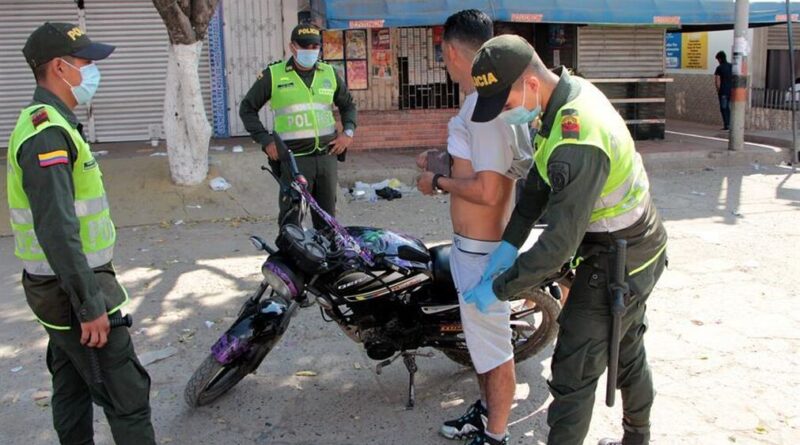 The rule will be in force from this Friday 25 to Monday 27-D, and from January 1 to 3, 2021, and applies to Colombians and the migrant population and in all bordering municipalities.

The authorities of the Colombian department of Norte de Santander, on the border with Venezuela, this Friday, December 25, reinforced mobility restrictions with a curfew that also prohibits the transit of migrants on foot and in vehicles to mitigate the spread of the coronavirus.

The North of Santander, where 37,915 infections of Covid-19 have been confirmed, remains on epidemiological red alert due to the increase in cases and faces a worrying crisis in the health network that reached 100% occupancy in Intensive Care Units (ICU).

As explained by the authorities, the rule will be in effect from 25-D to December 27, and from January 1 to 3, 2021, and applies to Colombians and the migrant population and in all neighboring municipalities.

“The non-mobility provisions include the migrant population. We have had communications with the authorities of the state of Táchira to inform them that the arrival at the border line is not allowed, nor is the mobility of Venezuelan migrants on foot or in irregular transport allowed,” explained the Secretary of Borders and International Cooperation, Víctor Baptist, without mentioning that there is a big number of Venezuelan migrants still traveling back to Venezuela escaping the Colombian Covid-19 catastrophe and the xenophobic Colombian government, as well as a very integrated binacional community that travel on a regular basis between the two countries because they have relatives in both sides of the border.

According to official data reported by the statistical website worldometers.info, as of today Colombia’s terrible handling of the pandemic has produced 1 million 574 thousand positive cases and almost 42 thousand deaths, all this with official figures that have been heavenly questioned by local experts.

The lack of a reponible leadership and a broken public healthcare system have prevented many Colombians from receiving proper treatment contributing to one of the highest death rate in the region with 815 per million inhabitants while neighboring Venezuela, in the middle of US blockade and attacks but with a progressive and responsible government, has a death rate of only 35 per million inhabitants.