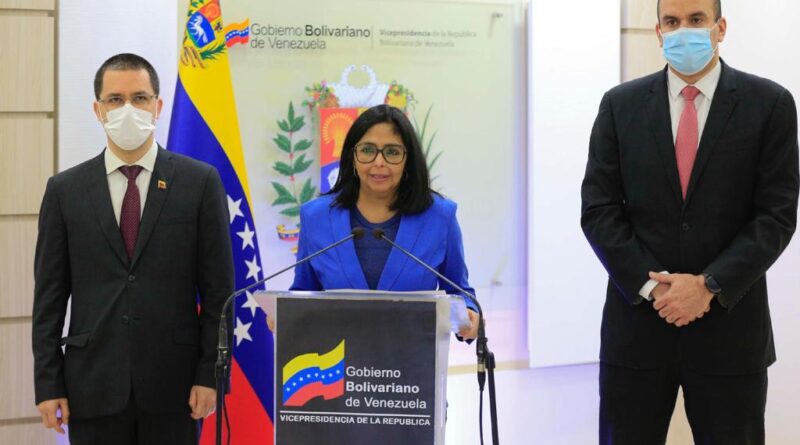 The Vice President of Venezuela, Delcy Rodríguez, said this Thursday, December 24, that the Venezuelan State has not discriminated against any foreigner regarding the provision of COVID-19 medical care.

“No one has been denied access to a rapid test, a molecular test, or to be treated in the public health system. The free treatment scheme to treat COVID-19 has not been denied to anyone. On the contrary, Venezuela has not made any kind of distinction between European, Colombian, or African migrants who live in our country,” said the vice president.

This was expressed on a broadcast by state-run Venezolana de Televisión, following a meeting held with United Nations Human Rights Commission regarding the terrible statements made by Colombian President Iván Duque, in which he expressed his intentions not to provide COVID-19 to Venezuelans in an irregular situation within Colombia.

“This is terrible discrimination, the weight of racism, xenophobia and the promotion of hatred against Venezuelan migrants in Colombia, we have made a strong protest and denounce this to the High Commissioner for Human Rights of the United Nations,” added Rodríguez.

By order of the National Executive, since March 12 Venezuela has assumed full care for COVID-19 patients, wherein everyone is treated for free without any distinction, because the pandemic is considered a global problem requiring an international response. Colombia’s COVID-19 death rate is 800 per million inhabitants, while Venezuela’s rate has only reached 32 per million inhabitants, due to a responsible public health care approach by Venezuelan authorities.