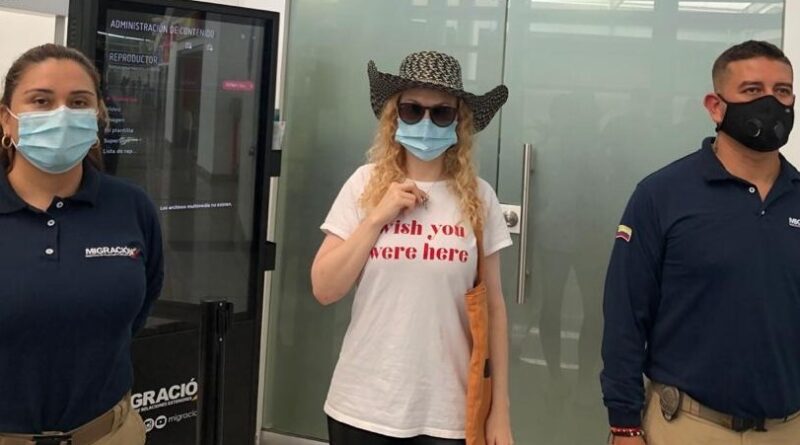 Rebecca Linda Marlene Sprösser, a German doing journalist work who reported from the frontlines in Cali, Colombia, during the national strike and demonstrations, will return to her native country in the next few hours after an expulsion order issued by Colombian migration officials. The decision of Ivan Duque’s government has been harshly criticized on social media networks. Through her social media account on Instagram and Facebook, the journalist had reported on the details of widespread demonstrations by the anti-government movement, now entering their fourth month despite brutal police repression and dozens of demonstrators killed and disappeared. 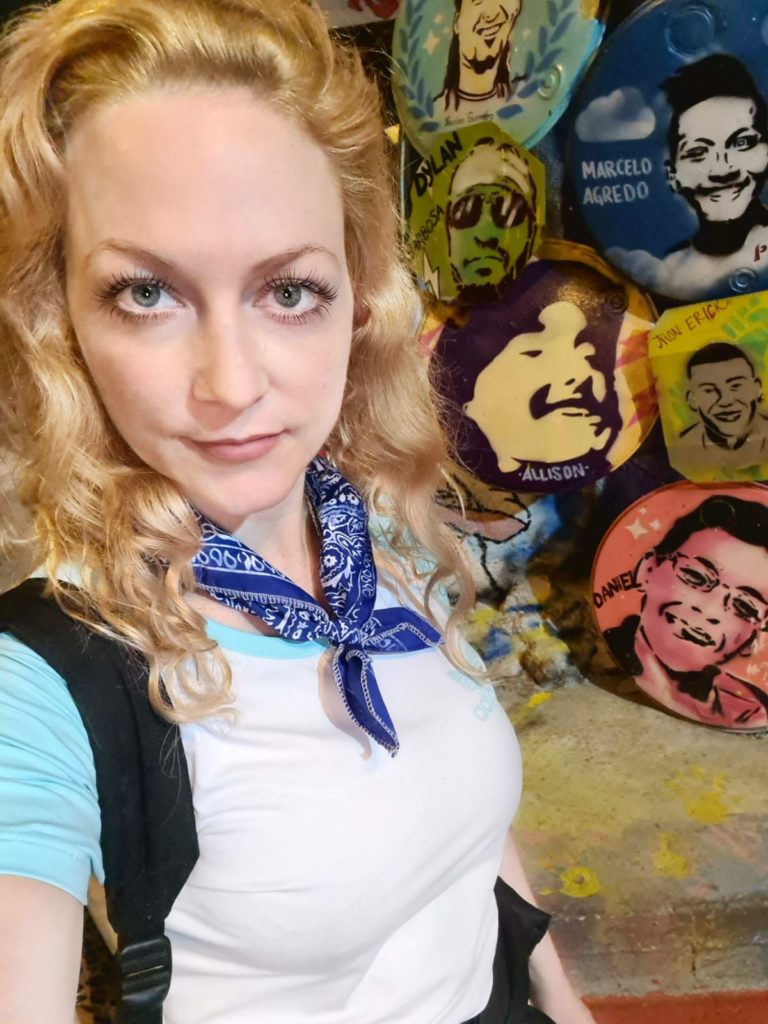 Colombia’s right-wing news channel RCN reported that on Tuesday afternoon the German citizen was detained in Cali and transferred to the El Dorado airport in Bogotá, to fulfill the expulsion process using a plane bound for Germany.

Colombian migration officials justified their expulsion of Sprösser by referring to their authority to expel foreign citizens who carry out activities that are considered to be “undermining” national security and public order. Duque’s government says that she was a participant in the demonstrations against his administration.

Activists and political leaders denounced that the German journalist was arrested as she was leaving the office of the Political Prisoners Solidarity Committee Foundation, where she had sought aid regarding an attempt on her life made last weekend in the north of Cali.

Arbitrary detention?
According to an interview conducted with the Colombian news outlet El Espectador, Sprösser said that she had been the subject of threats, attacks, and intimidation by telephone and social media networks. Regarding the attack, the media reported that it was carried out by a hitman (sicario). The attacker shot her and a friend in the street who, in order to protect her, was hit with 13 bullets including three in his head.

“Right now, my friend is between life and death, and it’s a great miracle that he is still alive,” Sprösser wrote on Facebook on July 23. “He keeps fighting, but his situation is very critical. I ask everyone to pray for him. Without him, I would surely be dead by now. We can’t say who it was, but we are in the whole process with DDHH [Human Rights]. It’s very clear that this was not a robbery—this was an attack to kill someone in cold blood.”

It is a common practice in Colombia that demonstrators are shot, abducted, and disappeared simply for exercising their legitimate right to demonstrate. Mainstream media locally and internationally do not report on this terrible human rights crisis, as they dedicate most of their time and energy to covering relatively small protests that happened in Cuba on July 11.

According to Walter Agredo, coordinator of the Political Prisoners Solidarity Committee Foundation, said Linda’s expulsion was “somewhat arbitrary,” as it constituted an administrative procedure of Colombia Migration that was not contested or discussed. Furthermore, it is being carried out without any major legal or argumentative counterweight. As a result, according to Colombian regulations, the activist cannot return to the country for at least 10 years.

Reactions on social media networks
Paola Herrera, a Colombian journalist, assured that these events will helps the international community realize how things are in Colombia. “The German woman who someone tried to kill is now expelled from the country,” wrote Herrera. “What a shame for foreigners: they are not allowed to think differently either. But hey, that’s how the international community realizes how things are in Colombia.”

“The narco-state led by Álvaro Uribe and Iván Duque was afraid that in Germany they would continue to find out about the massacres that they have carried out in the streets of that country [Colombia] and they were determined to capture and deport the German journalist Rebeca [Sprösser],” added Alexa Rochi from Bogotá.

“The expulsion from the country of the German citizen Rebecca Sprösser, the victim of a criminal attack, is not only a slap in the face by Duque to the international community, it is also an indication of open complicity with the paramilitaries who are acting publicly today in the streets of Cali,” Senator Iván Cepeda wrote on his Twitter account.