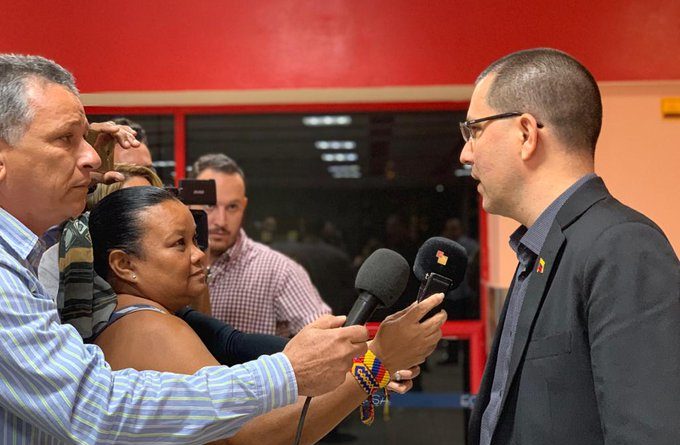 Foreign Minister of the Bolivarian Republic of Venezuela, Jorge Arreaza, reported that the Prime Ministers are evaluating a special plan to re-start the Bolivarian Alliance for the Peoples of Our America-Peoples’ Trade Agreement (ALBA-TCP).

Upon arrival in Cuba this Thursday to participate in the XVII ALBA-TCP Summit that begins this Saturday, December 14, Arreaza said that issues such as economic, trade union, commercial exchange areas and greater cultural union are being evaluated.

“You have to achieve the minimum agreements, we have to be aware that it is about changing the production model, otherwise — this planet will not be able to endure capitalism,” he said.

“I specify that Alba must be strengthened because it aims for changes in the model of living, to return to the origins of indigenous peoples, to produce in the least invasive way, so that we can live in peace, we must change the model”.

To the XVII Summit of ALBA-TCP “delegations from the member countries and guests of this mechanism of consultation and integration of the countries of Latin America and the Caribbean will attend, which defends the principles of respect for sovereignty, solidarity, complementarity, justice, peace and cooperation”, underlines a statement published on the website of the Cuban Foreign Ministry.