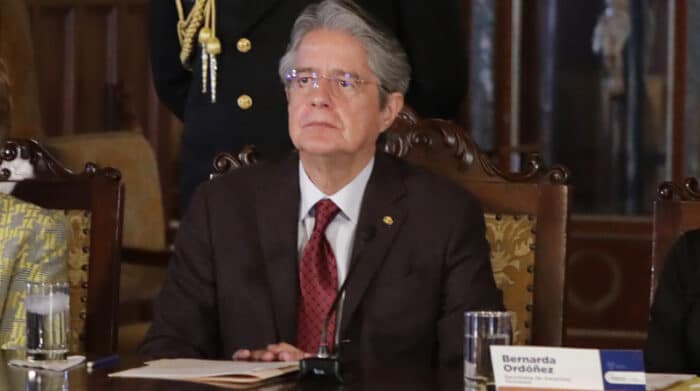 In an interview with Spanish news agency EFE, Arauz called for the resignation of President Guillermo Lasso due to his involvement in the Pandora Papers scandal.

The International Consortium of Investigative Journalists (ICIJ), in its Pandora Papers investigation, reported that Lasso had transferred shares and assets from Panamanian companies to two trusts based in South Dakota, USA.

Alluding to the fact that elected officials in Ecuador are prohibited from owning properties in tax havens, Arauz stated, “We believe that he [Lasso] should resign or be dismissed for this, because he has breached the Ethical Pact Law that was approved by popular consultation in 2017.”

Arauz said that this scandal leaves the Lasso without “internal and external legitimacy,” and therefore he cannot continue to lead the government of Ecuador. “He [Lasso] has no political capital left to propose his labor, tax or privatization reforms,” emphasized Arauz.

After ICIJ’s disclosure, Lasso issued a statement asserting that he did not own properties in tax havens, and defended himself by stating that his assets are derived from his position at Banco de Guayaquil, where he has structured investments through a local trust.

Moreover, on Wednesday, October 6, President Lasso offered to answer any questions coming from the Audit Committee of the Ecuadorian Legislative Assembly, an offer that the opposition labeled as “insufficient” since Lasso has not offered answers regarding the period prior to 2017. The president confirmed that he had assets in Panama, which was not illegal before the 2017 law.

Arauz also criticized Lasso’s offer of explanation for it did not cover his properties abroad. “It is a useless exercise, basically a distraction,” Arauz emphasized, and urged the president to disclose the names, companies, relationships, the status of his trusts, buyers, assets, and how he supposedly disposed of said assets.

Additionally, due to the extraterritorial aspect of the scandal, Arauz demanded an independent investigation by several high-level national institutions, including the Internal Revenue Service (SRI), the Financial and Economic Analysis Unit (UAFE), the Superintendency of Banks, the Superintendency of Corporations, and the Prosecutor’s Office, the latter assessing any crime Lasso may have committed.

In the last presidential elections in Ecuador, held in April 2021, Arauz ran as candidate for the Unión por la Esperanza (UNES) coalition and lost to Lasso in the second round.

Featured image: President of Ecuador, Guillermo Lasso, claimed that he has no hidden property in tax havens. Photo: Presidency of Ecuador