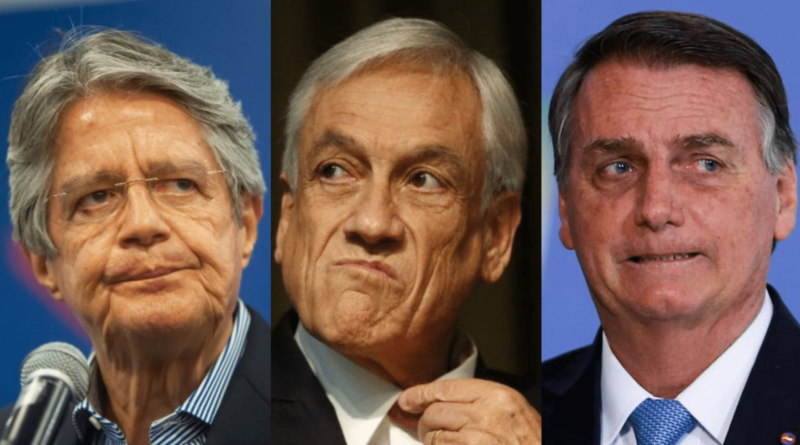 Data from the recently leaked Pandora Papers unveils how many of the world’s political leaders and celebrities have resorted to infamous tax havens to hide their fortunes. This has also been the case for Latin American presidents belonging to the Lima Group.

The Pandora Papers constitutes one of the largest known leaks of financial documents until now, which was brought to light on Sunday, October 3, by the International Consortium of Investigative Journalists (ICIJ), with founding from Heorge Soros’ Open Society Foindation along other mainstream organizations and media.

NEW: #PandoraPapers reveals the inner workings of a shadow economy that benefits the wealthy and well-connected at the expense of everyone else.

Brought to you by ICIJ and 600+ journalists, the largest collaboration in journalism history. 🧵 https://t.co/qXMuUcqPc4

Based of the data leaked in the Pandora Papers, the opposition to Iván Duque’s government in Colombia has initiated an investigation through the Congress.

In the Pandora Papers, there is financial information related to government leaders who have promoted attacks on progressive governments in Latin America. Among these feature the President of Chile, Sebastián Piñera, and the President of Ecuador, Guillermo Lasso, both partners in the Lima Group that was formed to overthrow the constitutional government of Venezuela.

Also mentioned in the leaks are former presidents who were part of the Lima Group while they were in power; among them are Mauricio Macri from Argentina and Horacio Cartés from Paraguay, as well as senior officials of the government of Brazilian President Jair Bolsonaro.

How much trouble are they in?
According to the data released in the Pandora Papers, Piñera used tax havens to move around funds to purchase the Minera Dominga company. He did this through an offshore firm in the Virgin Islands, in partnership with his friend, businessman Carlos Alberto Délano.

However, Piñera has denied any connection with the case, and his government issued a statement rejecting the accusations.

In case of Lasso, the appearance of his name in the Pandora Papers comes a few weeks after the parliament of Ecuador prohibited public officials from having assets in tax havens.

Similarly, former President of Paraguay, Horacio Cartes, is listed as being the owner of offshore companies while serving as the president of his country. His children amassed their fortunes through the Dominicana Acquisition SA company in Panama, with a financial account at BASA, formerly Banco Amambay of Paraguay, owned by Cartes Group.

Other members of the Lima Group mentioned in the Pandora Papers are Mauricio Macri along with his former adviser, Jaime Durán Barba, and his brother, Mariano Macri. Likewise, Bolsonaro’s former Minister of Economy Paulo Guedes is also mentioned by name.