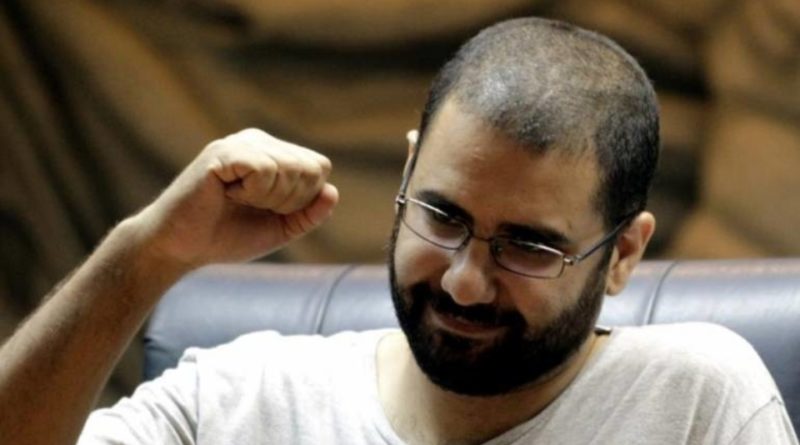 A criminal court in Cairo revoked its own order for the release of Alaa Abdel Fattah and two other activists. Alaa Abdel Fattah, one of the prominent faces of the 2011 uprising against the Hosni Mubarak regime, has been in jail for nearly 6 years since 2013

Egyptian activist Alaa Abdel Fattah and two other activists were re-arrested by the police in Cairo on February 20, Thursday, after a court revoked its earlier order for their release.

A criminal court in Cairo had ordered the release of the three activists in a case of protesting without permission for which Fattah had been under arrest since September last year. However, following an appeal filed by state prosecutors, the court revoked its order and sent them to detention for 45 days.

Alaa Abdel Fattah (38), a blogger and software engineer, was one of the leading faces of the 2011 uprisings, popularly known as the Arab Spring, which forced long-term ruler Hosni Mubarak to resign. The elections held in the aftermath of the fall of Mubarak brought Mohamed Morsi to power.

Alaa Abdel Fattah has been a vocal opponent of the practice of civilians being tried before military tribunals in Egypt. After general Abdel Fattah el-Sisi ousted the Morsi government in a coup in 2013, Fattah was arrested and put in jail under the charge of protesting without permission. He was sentenced to a five-year jail term in 2015 and was released in March 2019 but was again arrested in September. His lawyer, Mohammed Baqer, was also arrested.

RELATED CONTENT: Libya: Before and After Muammar Gaddafi. Dramatic Collapse in the Standard of Living

Since their arrest in September, they have been kept in humiliating conditions in a Cairo jail, deprived of basic services.

The el-Sisi regime has unleashed a massive crackdown on all political opposition in the country, backed by state institutions that have been compromised. Thousands of activists have been put in jail for long periods of time. Last week, activist Patrick George Zaki was arrested on similar charges in Egypt when he was visiting his parents from Italy.