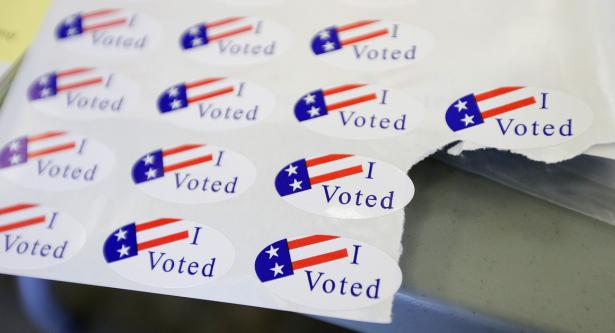 A defeat to Gov. Ron DeSantis and the Republican-controlled Florida Legislature . . . A 2016study by The Sentencing Project estimated more than 1.4 million people living in Florida were ineligible to vote due to past felony convictions.

Tallahassee — A legal and political battle over voting rights in Florida reached another milestone on Wednesday when a federal appeals court ruled that a law limiting the voting rights of people with felony convictions was unconstitutional.

Delivering a defeat to Gov. Ron DeSantis and the Republican-controlled Florida Legislature, the 11th Circuit Court of Appeals in Atlanta upheld a lower court decision that found the state could not deny ex-felons the right to vote just because they can’t afford to pay outstanding court fines, fees and restitution, as required by the 2019 law.

“These plaintiffs are punished more harshly than those who committed precisely the same crime — by having their right to vote taken from them likely for their entire lives,” states the ruling issued by a three-judge panel. “And this punishment is linked not to their culpability, but rather to the exogenous fact of their wealth.”

It’s not clear if the legal battle will get resolved ahead of this year’s presidential election in the battleground state, which could decide whether President Donald Trump wins a second term.

DeSantis spokesperson Helen Aguirre Ferré said the governor’s office disagreed with the ruling and will seek a review from the full court.

In October, U.S. District Judge Robert Hinkle issued a preliminary injunction against the law, a move that applied to only the 17 people who had challenged it in court. That lawsuit, brought by a coalition of left-leaning and civil rights groups, along with people with felony convictions, is scheduled for a non-jury trial in April.

“This is a great win for voting rights,” said Myrna Pérez, director of the Voting Rights and Elections program at the Brennan Center for Justice. “The 11th circuit told the state of Florida what the rest of America already knows. You can’t condition the right to vote on a person’s wealth.”

The battle over felon voting rights is just one of several still going on in Florida. Lawsuits over early voting sites, Spanish-language ballots, and the placement of Trump’s name on the ballot are pending in federal courts.

In 2018, more than 5 million Florida voters cast ballots in favor of Amendment 4, which automatically restored voting rights to convicted criminals who had served their time, with exceptions for murders and sex offenders.

Legislators said the amendment was vague, and passed a bill that required ex-offenders to pay outstanding court fees, fines and restitution in order to regain their right to vote.

The state Supreme Court, which had been asked by the DeSantis administration to weigh in on the law, last month concluded that Amendment 4’s requirement that “all terms of sentence” be completed included the settling of financial legal obligations.

But the law has drawn criticism that it amounts to an illegal poll tax, an assertion that hasn’t yet gained traction in federal court.

Rep. James Grant, a Tampa Republican and one author of the law, said Wednesday’s ruling was expected.

“It’s just the third quarter of the football game,” said Grant, who predicted that whoever ultimately loses before the appeals court will take the challenge to the U.S. Supreme Court.

Desmond Meade, president of the Florida Rights Restoration Coalition, an advocacy group that pushed the Amendment 4 ballot initiative, told supporters on Facebook on Wednesday that he was “cautiously optimistic” after the ruling. But he warned that the issue may not be resolved anytime soon, calling it a “rollercoaster ride.”

Agriculture Commissioner Nikki Fried, Florida’s lone statewide elected Democrat, called on DeSantis to drop his appeals. She said the state’s clemency board could simply adopt new rules that make it easier for people with felony convictions to regain their voting rights.

Even before Amendment 4 was adopted, the governor and Cabinet had the power to restore rights to former prisoners, including the right to run for office or serve on a jury.

“We don’t have to wait on litigation or legislation,” Fried said in a written statement. “We can restore voting rights immediately. And we must.”

A study by The Sentencing Project released in 2016 estimated more than 1.4 million people living in Florida were ineligible to vote due to past felony convictions.

But an August study by Dan Smith, a political science professor at the University of Florida, concluded that as many as 80 percent of the state’s formerly incarcerated individuals have some sort of legal financial obligation.

He spent the previous seven and a half years working in the Tallahassee bureau of The Associated Press. Prior to that, he has worked for The Miami Herald, The New York Times Regional Newspaper Group, Daytona Beach News-Journal and The Tallahassee Democrat.

Fineout grew up in Florida and is a graduate of Florida State University.