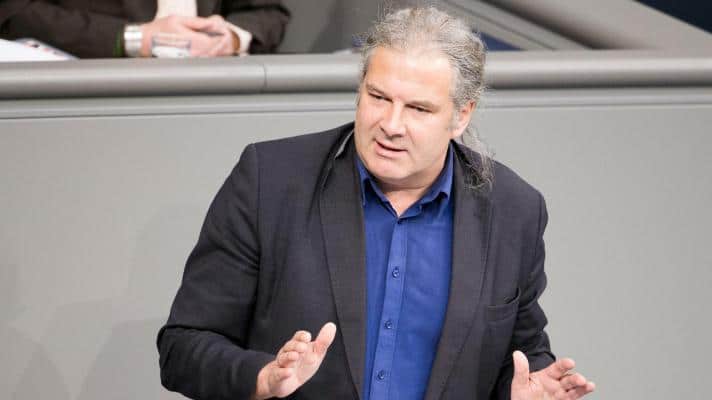 This Thursday, February 25, 2021, Deputy Andrej Hunko of the Die Linke party participated in the debate on the 2021 Work Program of the European Commission in the German Bundestag.

During his turn to speak, Hunko commented on Venezuela’s severance of relations with the European Union (EU), focusing on the policy of unilateral coercive measures as a critical point (see video from minute 2:00).

During his speech, after he spoke about the arrogance that prevails as a policy in the EU’s international relations, the Parliamentarian from Die Linke said:

Yesterday in Venezuela, the EU Ambassador, Isabel Brilhante, was expelled because at the beginning of this week the European Union had nothing better to do than to impose sanctions against people from the government and even the opposition who participated in the parliamentary elections of December 6. This is, from our point of view, completely wrong. And this was a few days after the UN Special Rapporteur, Alena Douhan, presented her report on the negative consequences of the coercive measures, and made an urgent call to end the sanctions against Venezuela. To sum up, I think that if one looks at the role of the EU in the world, which is a big topic in this work program, it would be good if the EU were to bet on more peer-to-peer cooperation with other regions of the world instead of opting for arrogance, sanctions or the pretense that one can be a judge everywhere. I believe that the positive objectives that are set out in this work program, such as the fight against climate change, the protection of biodiversity and many other things, can be applied much better. Thank you very much for your attention.