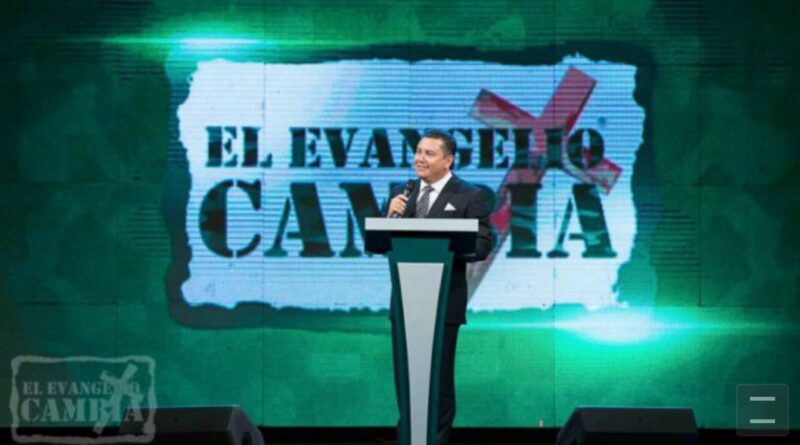 Venezuelan pastor and deputy to the National Assembly (AN), Javier Bertucci, was expelled by the government of the United States after he allegedly tried to enter that country to “manage humanitarian aid” in favor of Venezuela. This was stated on Thursday, February 25, by journalist Vladimir Villegas, through his Twitter and Instagram accounts.

“The deputy and pastor Javier Bertucci confirms his expulsion from the United States and he told me that it obeyed a political decision, as reported by the officials who detained him at the Miami airport,” said Villegas.

Bertucci, a wealthy anti-Chavista politician with properties in the United States, was elected deputy during the last December 2020 parliamentary elections, representing the El Cambio political party.

According to Villegas, the deputy was held in prison for over 12 hours, until the time of his deportation, as US authorities do not recognize him as a deputy or as an opposition leader.

“Bertucci tells me that he was held in a cell for more than 12 hours until the moment of his deportation. The officials have told him that they don’t recognize him as a member of parliament or as an opposition politician,” said the journalist, without questioning under whose authority that government could make such declarations.

Finally, Villegas added that allegedly the US government will only make arrangements for humanitarian aid with the opposition faction whose leader is former deputy Juan Guaidó.

“Bertucci told me that he traveled to the United States to process humanitarian aid with a group of organizations with which he planned to meet. US officials warned him that any humanitarian aid will be processed with the sector led by Juan Guaidó,” said Villegas.