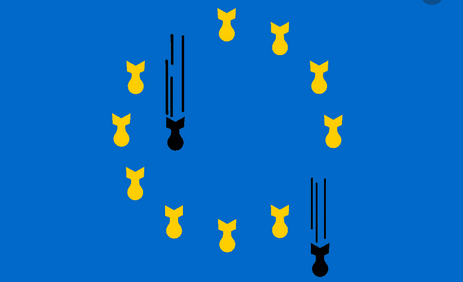 “The National Council is one step among others that will have to come in order to be able to hold elections with democratic guarantees at the regional, local level, and of course, at the presidential level,” said Arancha González Laya, Spain’s Foreign Minister, summarizing “the sentiment” of its European counterparts, in keeping with their instructions from the United States.

“This Venezuelan national commission is not the end of a negotiation, it is the beginning of a negotiation that will have to be much broader and directed by Venezuelan actors,” added the head of Spanish diplomacy. Ironically, the political maneuver seems to provide instructions for Venezuela’s opposition puppets.

The new CNE, elected by the Venezuelan Parliament last week, which will oversee the electoral processes for the next seven years, is made up of Alexis Corredor Pérez, Tania D’Amelio, Pedro Calzadilla, Enrique Márquez, and Roberto Picón. Three of these are sympathetic with Venezuelan Chavismo and the other two are aligned with anti-Chavismo.

Previously, the main spokesperson for the European External Action Service, Peter Stano, had declared that the appointment was “a first step” on the way to a “credible, inclusive, and transparent” electoral process in the Latin American country, abrogating to himself the right to decide which elections are good and which are not.

The position of the European Foreign Ministers also coincides with the optimism and caution shown by the United States, a significant change from their judgement of the outgoing CNE, which they repeatedly criticized for its composition, and its appointment by the Supreme Court of Justice and not by the National Assembly (AN).

The position defended by the opposition politician and two-time presidential candidate, Henrique Capriles, is also similar. Capriles has said that the electoral body is “an essential first step” to open paths for democracy and the political reconstruction of Venezuela.

However, it differs from the opinion held by former deputy Guaidó—who showed his displeasure even before learning that five people were elected by the Parliament (AN)—as well as the opinion of the Organization of American States (OAS), which maintains the same rejection that it had of the outgoing electoral authorities.

Unlike all of them, the Lima Group, made up of right-wing governments, has decided to keep silent.

Despite the opinion of the new Venezuelan electoral authority expressed by representatives of these countries and organizations, the reality remains that it is the new legitimate and constitutional electoral council board, and that the CNE will be in charge of organizing the upcoming regional elections, likely in December 2021, and also presidential elections in 2024.