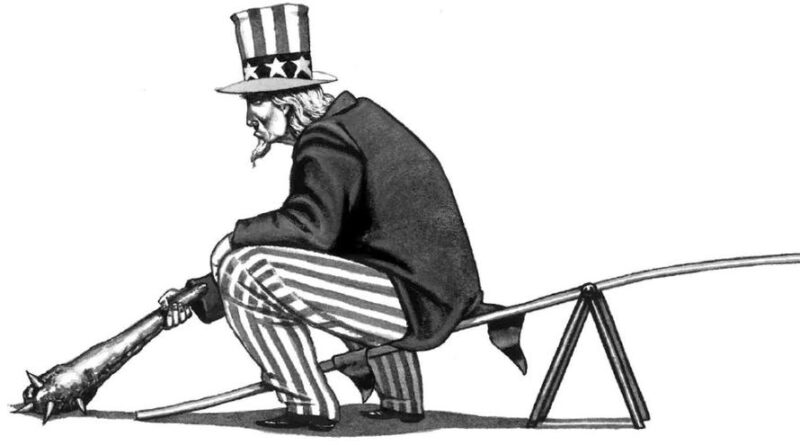 The fake ambassador of the United States for Venezuela, James Story, referred through the social media network Twitter to the US conditions for lifting sanctions against Venezuela.

“The sanctions are to force a change in the attitude of the regime against its own people,” tweeted Story. “We’ve always said that we’re ready to lift them if there is a path to free and fair elections, presidential and parliamentary.”

In response, a Venezuelan political expert told Orinoco Tribune that “all elections in Venezuela have been free, and with wide guarantees for all political actors—especially in the last 20 years—in addition to possessing one of the best electoral systems in the world. Trying to clarify all of Story’s euphemisms, perhaps he just wanted to say that they’ll lift the sanctions if Maduro resigns and there are free elections but without Chavistas voting, which everybody knows is Washington’s objective.”

It’s not the first time that the gringo official refers to the electoral processes in the South American country. Recently, when asked about the changes in policy towards Venezuela by the new gringo administration, chaired by Joe Biden, Story pointed out that his country is willing to “enter into negotiations or dialogues if there is goodwill on the other side to achieve a peaceful, dignified, political and constitutional solution.”

“We are talking about fair, free and verifiable elections,” Story told Colombian newspaper El Tiempo. “Our framework for the democratic transition was a signal, now we’re going to wait and see if Maduro wants to negotiate. It also depends on the democratic forces in the country. You have to be very clear, who those are that represent the interests of Venezuelans and who does not. That’s important because to have a dialogue there must be two.”

We should recall that President Nicolás Maduro has stressed that he’s hopeful about a possible change in policy by Biden, and has reiterated that Venezuela wants to have good relations with the North American nation.