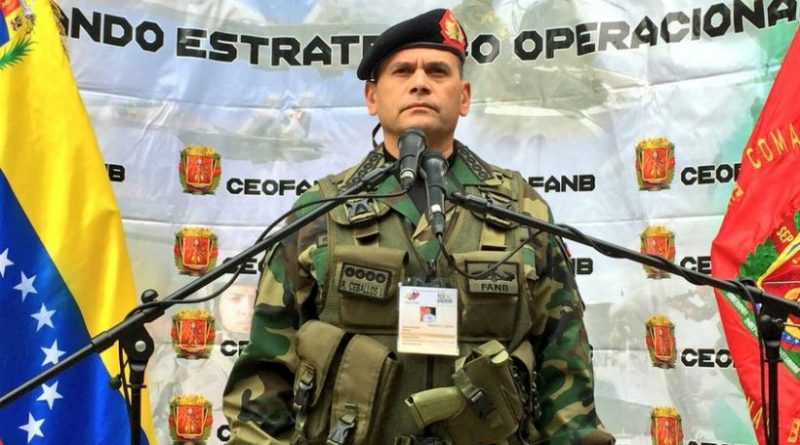 Today the FANB Operational Strategic Commander, Admiral Remigio Ceballos, denounced the alteration of a military document (radiogram) to simulate the alleged support of the FANB for the National Liberation Army (ELN).

The document was published by the Colombian magazine Semana, a medium organically linked to Uribism and media-financial groups that earn a lot of money with the war.

The alteration was denounced by Ceballos. In it you can see how a false message was added, indicating that President Nicolás Maduro issued guidelines to protect the presence of this and other Colombian groups in Venezuelan territory. The use of the Venezuelan president is consistent with the media and political management of Nariño Palace after FARC dissenters announced their return to the armed struggle.

RELATED CONTENT: Venezuela Will Denounce Planned Military Aggression from Colombia at UN (+Semana Magazine’s False Positive)
Instantly, and in the first official pronouncement, President Iván Duque pointed to President Maduro, accusing him of protecting these groups, thus, quickly, Nariño transferred the responsibility for his inability to seek a way out of their internal conflict outside his borders, to Venezuela.
Then, “sources” of the Colombian army and police told El Tiempo newspaper that Iván Márquez’s video, where he announced his return to the armed struggle, would have been recorded in Venezuela. Adding to the media trend.
This urgency of the Colombian oligarchy to involve the Venezuelan government in the sponsorship and promotion of guerrilla groups, has a new chapter with the alteration of this military document issued by the Operational Strategic Command of Venezuela.

RELATED CONTENT: Anti-aircraft Defense System to be Deployed on the Colombian Border
Admiral Ceballos showed the original document, leaving no doubt that the objective of the real radiogram was to raise food supply levels in several states of the country.
With this false positive, again, an attempt was made through media shock to generate a trigger that propitiates the conditions for a war between Colombia and Venezuela.