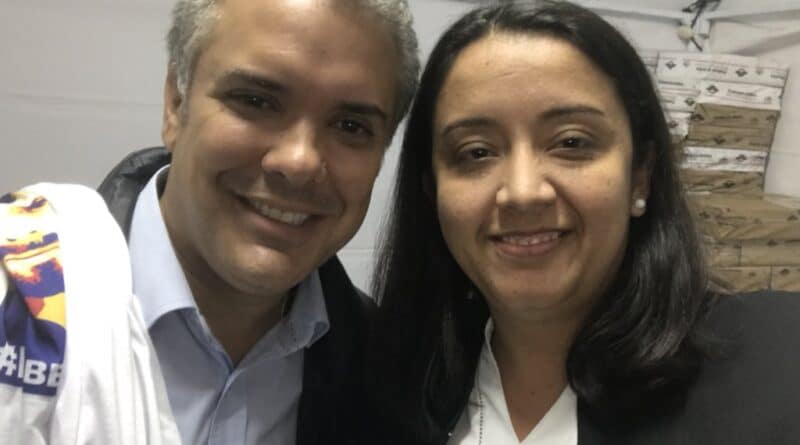 In the midst of the struggle by Venezuelan security and defense agencies to expel the threat of Colombian paramilitary gangs from the state of Apure, the spokespeople for Venezuela’s extreme right are again launching requests for foreign intervention and military interference in Venezuela.

Since the first skirmishes against criminal organizations were recorded in the border area of La Victoria in Apure state, on March 21, calls for foreign interference proliferated on social media networks, in addition to censure of the work of the Bolivarian National Armed Forces (FANB).

One of the representatives of the opposition—and fugitive from Venezuelan justice—Gaby Arellano, joined this campaign, coincidentally from Colombian territory, where she remains under the protection of the government of Iván Duque, whose connection to terrorist groups involved in the events has been demonstrated in recent days.

The former opposition deputy spoke from Colombia, a country that has had an armed conflict for more than 50 years, but she insisted on the alleged absence of a State in Venezuela.

However, she did not mention that the groups that cause anxiety and terror in the border population, and that currently affect the nearby town of La Victoria, are paramilitary outfits from Colombia—armed organizations created in the midst of a conflict war that has claimed the lives of some 300,000 people in that country.

Longings for war
Arellano fled to Colombia to evade her responsibility with the Venezuelan courts, for participating and promoting terrorist actions known as guarimbas in 2015. She continued to support these actions during her tenure as a deputy, when Juan Guaidó was also a deputy.

Arellano repeated her promotion of violence generated by the right wing in various areas of the country again in 2017, actions that left a regrettable toll of dozens of deaths, numerous injuries, and material damage to public and private property.

Today, Gaby Arellano appeals to the intervention of the United Nations (UN) and other bodies. Obviously they are looking for excuses to justify, under an alleged crisis situation, an international armed conflict that opens the doors to foreign military forces in Venezuela.