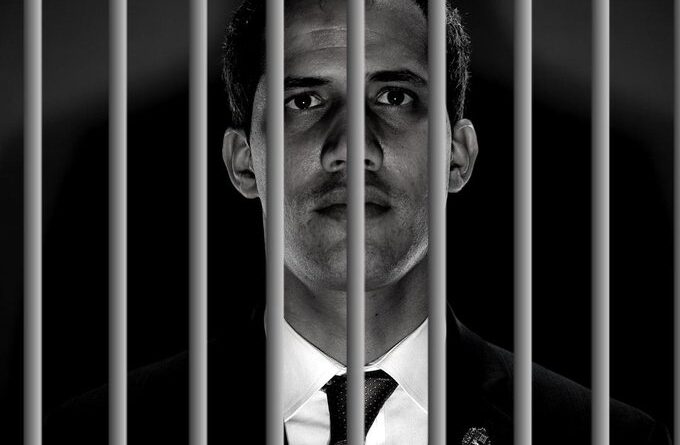 Venezuelan analyst Alberto Aranguibel asks if the moment is right for the opposition frontman to face justice.

The clamor for [Juan] Guaidó’s arrest is becoming increasingly uncontainable: he has caused so much damage and suffering to the country with the criminal economic assault carried out by his fictitious government.

Venezuelans are correctly demanding that the law be applied to him to the fullest extent. They also compare his case to the large number of daily imprisonments, from petty criminals to important bosses of state-run companies involved in acts of corruption.

People demand an end to what is perceived as an unjustifiable example of impunity, with Guaidó’s continuing liberty perceived to be the result of government indifference or irresponsibility. It would not require more than a quick look at the people’s suffering as a result of the criminal blockade and economic attacks which he has promoted, as well as at his and his team’slooting of the nation’s assets abroad, to find enough evidence.

But this alleged indifference doesn’t exist.

As it turns out, politics today is little more than the artful and efficient management of communications despite the persistence of traditional political theses. That is why one can see a growing number of communicators and less traditional leaders taking to politics across the globe, using their ability to influence the masses with their discourse, ideas, and charisma.

Guaidó is simply an unsubstantial media product that did not need any particular trajectory, capacity, or talent for ideological debate, nor any attempt to build a popular struggle or an important social movement to take on the highest levels of the political establishment. What he did have was a complex network of national and international rightwing sectors, and he was backed by the most intense communications campaign carried out to fabricate a false leader.

Imprisoning him right now would mean participating in the construction of the media product, even increasing Guaidó’s scope by virtue of the headlines generated by such a move. It would also allow him to position himself as the victim of an oppressive and ruthless regime, an idea which the media laboratories of the most reactionary anti-Venezuela sectors have been pushing for some time.

This media manipulation is obviously an element that the architects of the assault on Venezuelan democracy need in order to complement their macabre plan.

To avoid making this mistake – which may cost the country not only its democracy but also the freedom and independence that people have built through so much hard work and sacrifice – the government must wait until Guaidó’s media profile starts to weaken (as is already happening). By waiting, any headlines generated by his arrest will be, at best, about a normal and ordinary application of justice.

This is as it must be, and, sooner rather than later, as it will probably end up being.

Alberto Aranguibel is a Venezuelan political analyst, blogger, and former member of the National Constituent Assembly (2017-2020). He is also a journalist who runs “Sin Tapujos,” a program on the state-run TV channel Venezolana de Televisión.

Featured image: Many are calling for self-declared “interim president” Juan Guaidó to be arrested. (Archive)