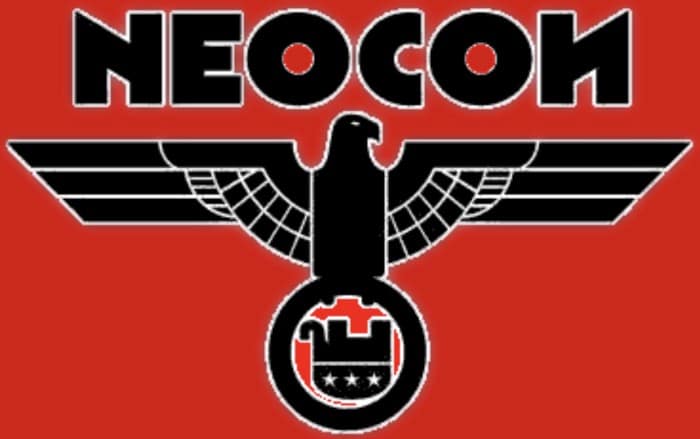 At first glance, it seems that neoliberalism and neoconservatism have respectively strengthened capitalism and imperialism. They’ve both applied state violence, corporate power, and propaganda to greatly advance the interests of the U.S. capitalist class at home and abroad. Their means for expanding profit-seeking have intersected to form a global network of intensified exploitation, one that allows the U.S.-centered corporatocracy to extract resources and labor from Bolivia to India. With the help of a neoconservative bipartisan consensus in Washington, corporations are able to export their highly effective neoliberal model of profit-making into all the countries that can be subdued by the empire.

Yet when you examine how neoliberalism and neoconservatism came to be, you notice something that eerily reflects the expectations from Karl Marx about how capitalism will eat itself before its demise: these systems were put in place in reaction to the limitations that capitalism and imperialism have come to experience throughout the last half-century.

When Margaret Thatcher said that “there is no alternative” to neoliberalism, she was implicitly acknowledging that capitalism had reached a crisis point which made adopting neoliberalism the only available route for keeping up profits. The rise of stagflation in the 1970s, brought on by increases in the cost of wages amid the then-prevailing paradigm of Keynesian economics, forced the bourgeoisie to abandon the welfare state and intensify exploitation. Wealth was redistributed upward as a way of forcing the economic burden onto the lower classes while making sure the rich weren’t brought down.

It was a solution that was meant to compensate for the severe deficiencies that had emerged within how global capitalism functioned. In the first decades after World War II, America experienced phenomenal economic growth, and its middle class grew prosperous. But when the contradictions of capitalism caught up with the U.S. and the other core imperialist countries in the 1970s, the system had to be restructured so that the poor paid for these setbacks.

Ronald Reagan’s policies often didn’t match up with what the neocons preferred, because U.S. imperialism was strong enough at the time for the U.S. to be able to refrain from neoconservatism’s radically belligerent foreign policy model. At that point, Washington leaders felt somewhat more comfortable with refraining from military action than would become the case in the post-9/11 era. After 9/11 was when the neocons got the entire Washington foreign policy establishment to become far less hesitant to start wars.

Neoconservatism had already gained a significant presence in the decades before that point, because the empire was experiencing a visible decline. Neoconservatism was formed largely in reaction to the anti-war movement of the 1960s and 70s, which the war hawks felt hindered America’s ability to promote its interests abroad. The fact that the U.S. decisively lost the Vietnam War, and then began to experience further setbacks for its hegemony in the following decades, further convinced neoconservatives that their ideology of military force was right. This imperial decline ultimately persuaded the rest of the political class to follow along with them.

RELATED CONTENT: “State and Revolution” by V.I. Lenin, a Guide for Today’s Movement Against Police Terror

It was in the early 2000s, when post-Soviet Russia began to defy American interests and when China’s rise began to accelerate, that the war-loving ideology of the neoconservatives became more appealing to a Washington which sought to defend U.S. hegemony. 9/11 gained the neocons support for their ideas to invade Afghanistan and Iraq, and to create a military drone program that expanded the “War on Terror” to numerous other countries. The 2011 Libya invasion and the U.S. regime change war in Syria, which were orchestrated by post-9/11 neocon Hillary Clinton, also represented this shift towards extreme belligerence. The Trump administration’s Syria strikes, threats to invade Venezuela, assassination of General Soleimani, expanded bombing campaigns and drone warfare, and military buildup against Russia and China have further advanced the neoconservative trend.

All of these efforts to project American might have been part of the reaction to the decline of the American empire, as was expressed by a 2017 Pentagon report which declared that U.S. global influence is “collapsing” and recommended increased militarism as the strategic response.

The ever-expanding “War on Terror” has been a reaction to the decline of U.S. influence in the Middle East, the economic warfare against Iran and Venezuela has been about maintaining the threatened petrodollar, and the hybrid warfare against Russia and China has been about countering these two increasingly strong rival superpowers. Neoliberalism and neoconservatism have both served as tools for the U.S. plutocracy to maintain rising profits in the face of all the crises of the last fifty years, with neoliberalism serving an internal role and neoconservatism serving an external one.

In a surprise to no one who’s studied Marx, these two crutches for U.S.-centered capitalism haven’t been able to keep the system stable. As that 2017 report indicated, even the Pentagon agrees that this has been the case.

While the U.S. continues to lose its global dominance, an economic crisis is forcing millions of Americans into poverty and provoking unrest within the imperial core. The empire is collapsing in on its own contradictions, and neoliberalism and neoconservatism are ultimately making these contradictions more damaging. Every time the social safety net is further cut in reflection of the neoliberal orthodoxy, class tensions increase. Every time the U.S. imposes more sanctions on its adversaries as part of the neoconservative mission for subduing Washington’s rivals, the U.S. makes itself more globally isolated. Every time the Trump administration does something reckless like assassinate a beloved Iranian general, the U.S. invites an international backlash. It’s a self-destructive cycle.

The more this cycle goes on, the more the ruling class will foist the costs of capitalism’s crises onto the lower classes. If the dollar collapses, or Trump crashes the economy by cutting off all Chinese exports, or the climate crisis destabilizes the national power grid, the poor will have to suffer while the rich retreat to their fortified enclaves. The great repressive measures that the imperial core has already experienced are a sign of the solution for preserving capitalism that neoconservatism and neoliberalism will be followed by: neofascism.