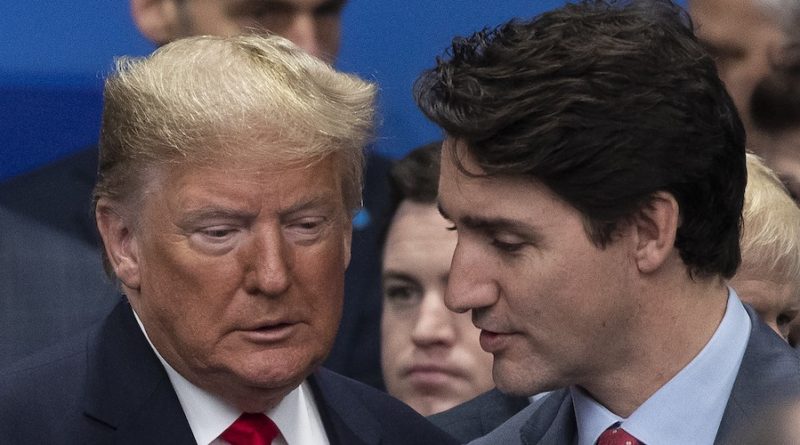 “There is nothing he hates more than important people laughing at him.”

Hours after video surfaced of world leaders appearing to mock him at a cocktail function the night before, President Donald Trump on Wednesday cut short his visit to the 2019 NATO Summit in London with a parting shot at Canadian Prime Minister Justin Trudeau, one of the people caught on tape ridiculing the U.S. leader.

“Well, he’s two-faced,” Trump said in response to a question about Trudeau during a news conference alongside German Chancellor Angela Merkel.

.@JustinTrudeau, @EmmanuelMacron, @BorisJohnson and other VIPs shared a few words at a Buckingham Palace reception Tuesday. No one mentions @realDonaldTrump by name, but they seem to be discussing his lengthy impromptu press conferences from earlier in the day. (Video: Host Pool) pic.twitter.com/dVgj48rpOP

The president’s resultant anger was predicted by The Atlantic’s McKay Coppins, among others.

“Trump’s entire life has basically been a revenge march fueled by moments like these,” said Coppins. “There is nothing he hates more than important people laughing at him.”

Filmmaker and political commentator Lexi Alexander said of the video that it didn’t show the world leaders with any awareness of the consequences of Trump’s actions—rather, said Alexander, they were treating the president as simply a source of amusement.

“People are dying because of Trump,” tweeted Alexander. “Lots of people. All over the world. That’s what bothers me about this video. It doesn’t feel like they’re aware of that. He’s not just a harmless buffoon.”

A closing press conference scheduled for Wednesday morning at 10:20am EST was apparently canceled by the president, who said that he would fly back to the U.S.

Daily Telegraph writer Michael Deacon implied the cancellation was due to the president’s embarrassment.

“Has Trump just cancelled his big press conference today because the other boys made fun of his last one,” said Deacon.