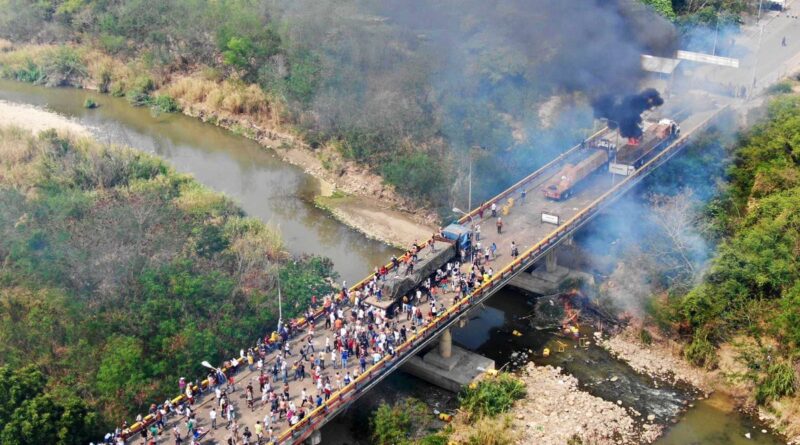 The documentary La batalla de los puentes (The Battle of the Bridges) by Venezuelan filmmaker Carlos Azpúrua will participate in the 42nd International Festival of New Latin American Cinema in Havana, Cuba, to be held from December 3-13. The festival will be broadcast on TeleSUR. Azpúrua’s most recent cinematographic work presents an intense and instructive record of the events that determined the epic journey that occurred over the border bridges that link Colombia and Venezuela on the morning of February 23, 2019, when right-wing groups organized the Venezuela Aid Live Concert in Cúcuta.

The documentary work will participate in the Latin America in Perspective anthology at the Havana festival. Following its great appreciation by the Venezuelan public, who recognized its value as a document of one of the most controversial episodes experienced on the Colombian-Venezuelan border, loaded with a deep symbolism and teachings that still echo in the collective memory of both nations.

RELATED CONTENT: Venezuelans Demonstrate in Front of the French Embassy in Support of Yellow Vests

This documentary was produced with the support of TeleSUR and Venezuelan chapter of The Network of Intellectuals and Artists in Defense of Humanity. The Battle of the Bridges offers a visual account of the gigantic international operation whose objective was to enter Venezuela by force. Its premiere was at the Sao Paulo Forum in 2019, and the film has been screened for over 350,000 viewers. The Battle of the Bridges has been translated into several languages including Vietnamese, English, French and Russian. With its entry in the festival it will join the best products of Latin American cinematography gathered in the Cuban capital.

At the initiative of the National Constituent Assembly (ANC), the work is used a reference for the contemporary history of Venezuela. The Order of the Battle of the Bridges is awarded every February 23 as a distinction to celebrate the efforts and tireless struggle of individuals in defense of Venezuela’s national sovereignty.

Carlos Azpúrua, prominent film director and renowned cultural promoter in Venezuela, has to his credit a prolific career of internationally awarded documentaries including Yo hablo a Caracas (I Speak to Caracas), Caño Mánamo, El Barrio cuenta su historia (El Barrio Tells Its Story), Detrás de la noticia (Behind The News); and Amazonas, el negocio de este mundo (Amazonas, the business of this world); in addition to fiction films such as Amaneció de golpe (Coup at Daybreak) and Disparen a matar (Shoot to Kill).

Each year The International Festival of the New Latin American Cinema of Havana extends its invitation to a select group of directors in the categories of fiction, documentary, animated film, first work, and unpublished script. This time around the challenge of overcoming the global pandemic will make it an unrepeatable historical event.