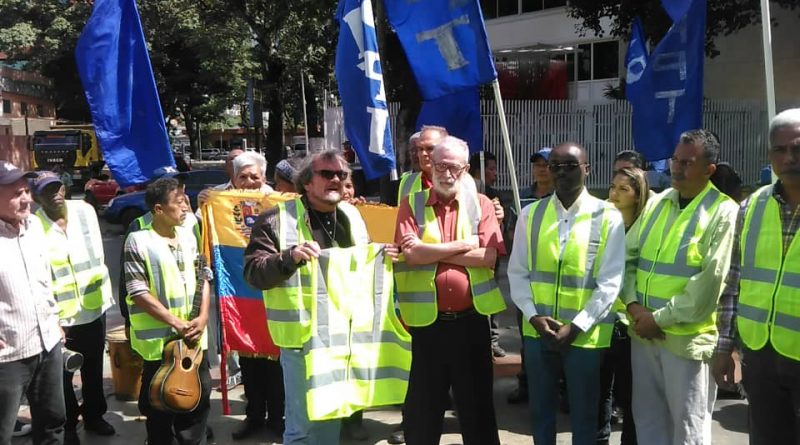 Using the wit and good humor that characterizes Venezuelans, on Thursday a group of people dressed in yellow vests gathered in front of the French embassy in Caracas , to express their rejection of the interventionist actions of President Emmanuel Macron and express their support to the fight of the Gallic people against the neoliberal policies of its president.

To do this, to demonstrate the incoherence that the current French leadership, which recognized the deputy guarimbero Juan Guaidó as “president”, the humorist and writer Roberto Herández Montoya , said that obeying his desire and emulating the opposition parliamentarian, he proclaimed himself as Ambassador of the European nation in Venezuela for which he had the support of the assistants and the recognition of another person, who proclaimed himself president of France.