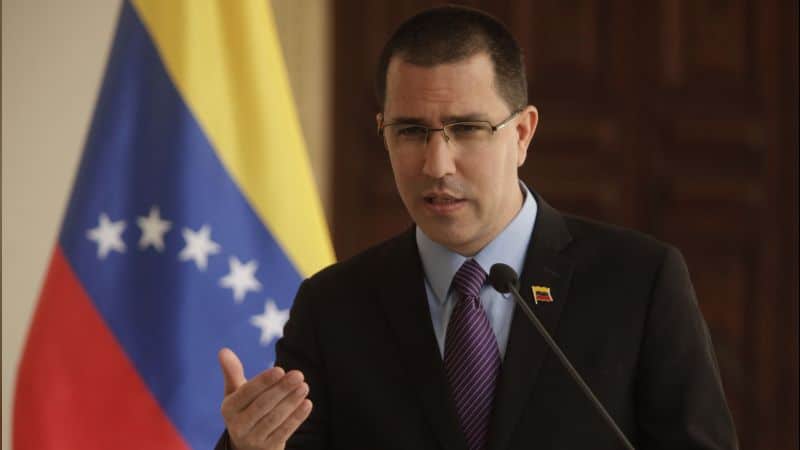 On Sunday, August 1, a great joy overwhelmed all of Venezuela because of the Venezuelan athletes’ victories in the Tokyo 2020 Olympic Games. However, Foreign Affairs Minister Arreaza questioned why NGOs like PROVEA try to dampen that joy with their media campaign against the Homeland.

PROVEA tweeted: “Venezuela has achieved one gold medal and three silver medals with only 43 athletes in #Tokyo2020, the smallest delegation in 20 years. What could happen if there was more investment in the preparation of many more athletes? We need real policies to support athletes, their education, and careers.” Of course, there is no mention of sanctions, blockades, or all the destabilization attempts promoted by circles very close to this US-founded NGO.

In response to what PROVEA tweeted in its campaign against Venezuela, Arreaza wrote: “Reading this on a day of joy for the country, only generates doubts. Is this organization called PRO-OEA [PRO-OAS] or PRO-DEA?”

On the other hand, Arreaza celebrated the victories, showing that despite the scheming of the right, it was a historic day. After learning of the victory of Yulimar Rojas, the triple jump athlete, Arreaza wrote, “We never doubt it. But you were amazing! #Yulimar 1st of #Venezuela. Immense Historic day.”

Maduro’s administration additional support to sports
On August 1 in a televised meeting, President Maduro, assured that he received calls from different businessmen in the private sector who want to financially support Venezuelan athletes. The companies expressed a willingness to collaborate regardless of political interest so that sports in the country keep growing.

Maduro clearly alluded to Lorenzo Mendoza, the president of Empresas Solar, when he said, “I received messages from sectors of private companies who really want to help our athletes, without using that as a political campaign, like a businessman out there who uses Vinotinto to campaign for his brands and himself, personally. You know who he is, a presidential candidate.”