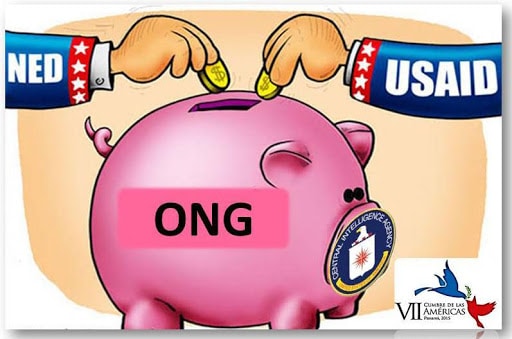 Last Friday, February 12, Venezuelan NGO Education-Action Program on Human Rights (PROVEA) sparked controversy on social networks, as it justified the coercive sanctions that the United States government maintains on the Venezuelan economy, in an effort to counter the impact of the recent report by the United Nations Special Rapporteur on the negative impact of sanctions on human rights, Alena Douhan.

“They say that the sanctions are to blame, but the crisis came first: indolence, waste and corruption,” posted PROVEA on its Twitter account as part of a campaign to discredit President Maduro’s administration, and automatically ignited criticism from Venezuelans on social media.

“False, we achieved very important social growth. You were going on vacation abroad and they welcomed you with open arms $,” Twitter user Pedro Zaraza wrote in response, while another user, Márquez, called PROVEA’s post a “little campaign.”

“Seriously? You do not consider trust and credibility as values ​​to be preserved. What this campaign seeks is to divert attention away from the sanctions that have been a stab to our economy. The US only seeks destruction of Venezuela,” wrote Márquez.

“In other countries, a president wins and the opposition either joins the winning government, or goes to work for the good of the country in order to win votes,” wrote user @JemsFlow. “In Venezuela, the US and the opposition cannot bear that they always lose and what they do is harm all Venezuelans.”

Armando Gómez contradicted PROVEA by commenting: “No, the crisis is the fault of the sanctions, which have been official for 7 years, but have been there for more than 15 years, with country risk assigned fraudulently, to make credit very expensive. It was a disguised sanction, to destroy the economy.”

PROVEA is one of the Venezuelan NGOs most vocal in promoting regime change. In 2017, Misión Verdad published a review which exposed some of the most important financiers of this NGO. Ford Foundation, National Endowment for Democracy, Soros’s Open Society Foundation and the British Embassy are among the most noticeable supporters of this organization.