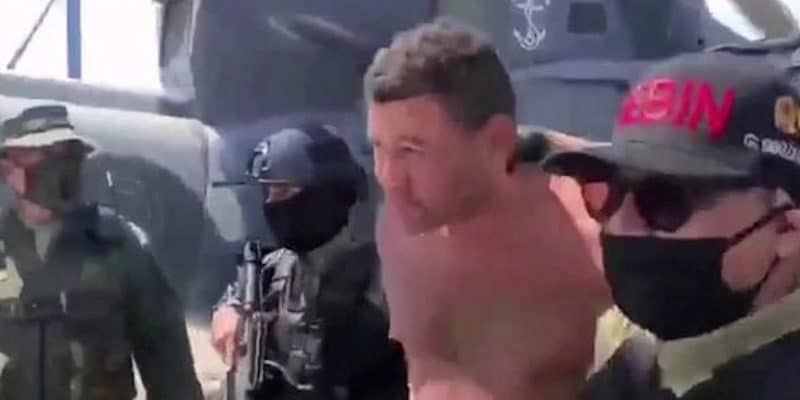 International Opinion
May 15, 2020May 15, 2020 Margaret Kimberley mercenaries, regime change, republicans and democrats are the same, US Imperialism, us military aggression, US politics, Venezuela

The Democratic Party’s “left” wing is mute on the latest US aggression against the people and government of Venezuela, thus giving assent to Trump by their silence.

Karl Marx famously said that history repeats itself, the first time as tragedy and secondly as farce. One year after a bizarre coup attempt which looked more like a farcical photo opportunity, the U.S. sent a group of hapless dupes to sneak into Venezuela where they intended to arrest president Nicolas Maduro.

Venezuelan patrol boats and a group of Black fishermen joined together in capturing the ill-fated group. Two Americans were among those captured and six men were killed.

The plot ran like a bad movie. Juan Guaido, the hand-picked U.S. traitor, actually signed a contract with a former Green Beret who ran a “security company” on behalf of the United States. There is also an incriminating recording of the agreement being signed. There is neither honor nor intelligence among this group of thieves.

This embarrassing episode is the end result of Donald Trump administration’s desperation to get rid of a leftist government supported by its people. Hybrid warfare worked against Bolivia and Ecuador, two nations depending on electoral success alone to secure transformation for the masses. But Venezuela’s government not only has strong popular support but military support as well. The Bolivarian government is of longer standing, with a stronger foundation that gives it the ability to survive U.S. mischief making.

“Hybrid warfare worked against Bolivia and Ecuador.”
Juan Guaido and his cronies have gotten fat and rich off of Washington’s largess. Guaido travels around the world enjoying photo opportunities with puppet state leaders like Boris Johnson and Justin Trudeau. He may have started off thinking that the U.S. could put him in power but now he probably knows better than anyone that there will be no regime change through mercenaries who think they are living a real life action movie.

The real story of this debacle lies in Washington. Secretary of state Mike Pompeo is so stupid that he once joked that the CIA, the agency he once ran, “lied, cheated and stole.” Everyone knew this of course but no one expected an insider like Pompeo to brag about his misdeeds.

Pompeo is diabolical. He is the man who pushed to assassinate Qassem Soleimani. He brags about sanctions starving people in Iran. He is also very stupid. His partner in crime Elliott Abrams is equally dumb, and they both really believe that they can topple the government or create a mass uprising.

“There will be no regime change through mercenaries.”

One need only look at the welcome Guaido received the last time he arrived back in Venezuela after being feted in foreign capitals. A crowd of angry people attacked him as he arrived in Caracas fresh from being honored by Trump at the State of the Union address and by Nancy Pelosi too. These images must be uppermost in our minds when the Trump/Pompeo/Pelosi team and their friends at the New York Times and MSNBC claim that there is popular support for the traitor who helps make life miserable for millions of people.

It is easy to sneer when U.S. politicians try to convince themselves and us that bizarre stunts can get rid of a popular government. But this ongoing effort is no laughing matter. The mercenaries and Venezuelan defectors tempted into joining the traitors are still quite dangerous. They can’t kidnap the president, but they can harm other people and create suffering and chaos. In the past their sabotage deprived millions of people of electricity. Their support for sanctions deprives their countrymen and women of medicine and food.

“They can’t kidnap the president, but they can harm other people and create suffering and chaos.”

They can be used by the bipartisan imperialists in Washington to make the case for future interventions. Neither the Congressional Black Caucus nor the Congressional Progressive Caucus have spoken out against the latest intervention. They haven’t said anything about deadly sanctions or the theft of Venezuela’s resources either. The Washington Post and New York Times decry the “botched” raid, giving it low marks for execution. But they support the aggression just as much as Pompeo and his boss do.

The plot is ongoing with further arrests of coup plotters taking place in recent days. Of course the U.S. is always plotting. If they aren’t lodging phony drug charges against Maduro they are stealing Venezuela’s assets.

The war against this sovereign nation will go on. Perhaps Guaido will remain the focus of the overthrow effort and perhaps he’ll be shunted aside in favor of someone else. But the presence of left wing governments in this hemisphere is anathema to the United States, which still makes claims about other countries being in its “backyard.” Anyone claiming to be anti-war or a leftist must be uncompromising in support of the Venezuelan government and its people. To do otherwise is to join with the regime change plot.