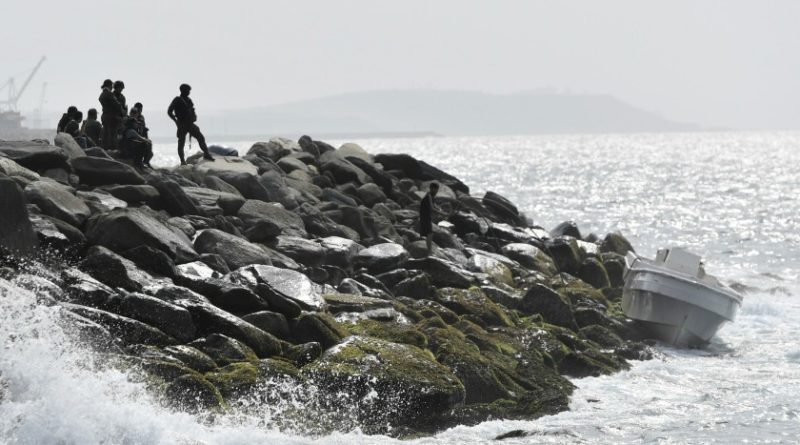 Details of the failed armed mercenary incursion on Venezuela are surfacing daily thanks to the prompt public information system from Venezuela and scant corporate media reports. The so-called Operation Gideon took off from Colombia on May 3 and was effectively disbanded a few hours later by the prompt action of the Bolivarian National Armed Force (FANB) and the Bolivarian National Police’s Special Actions Force (FAES) with substantial help from the civilian population that helped in the capture of mercenaries. At this point about 46 mercenaries, out of an estimated total of 60, have been captured. The search for the others is ongoing.

Thanks to the voluntary confessions by some of the mercenaries, whose statements were carefully matched with Venezuela’s intelligence work, the clear image of a network of key figures associated with the master plan is emerging. In the 44-minute long video of a media report Venezuelan Vice President of Communication, Tourism and Culture, Jorge Rodriguez gives full details about the network and the major actors involved. Despite denial of involvement by the Trump administration some links can credibly be made all the way to the White House.

Aside from the fact that, Jordan Goudreau, the owner of the US company Silvercorp contracted to carry out the incursion, is Canadian-born and served in the Canadian military in the 1990s, there is no direct Canadian connection to the raid on Venezuela that we are aware of. At the time of writing there has been no official reference to the event as if did not happen. However, author Arnold August in a recent Canadian Dimension article asks the pertinent question, “Was Canada Unaware?” He offers an answer: “One would have to be naive to believe that both the successive tweets by Champagne and Trudeau’s statement were not coordinated to reiterate the government’s support for Guaidó as self-declared interim president, and its tacit alignment with Duque and Trump’s regime change agenda.”

Further, in response to a direct request by Media Co-op for a statement about the raid, “Global Affairs Canada sent a short email stating ‘Canada is aware of reports of developments in Venezuela and is following the situation closely,’ and that ‘Canada is committed to working with its partners around the world to ensure a peaceful transition.’ “

That is not enough given the severity of the situation in the region. Canadians expect and deserve more clarity.

I would like to suggest that Canadians are misrepresented by the Trudeau government in light of serious consequences that stem from the Guaidó-Goudreau signed contract revealed by the Washington Post. Some implications have been reviewed. But two statements are particularly disturbing in my view as a Canadian that prompted me to raise specify questions to the Canadian government.

Upon reading that statement, I posted the following questions on a Facebook note to Prime Minister Justin Trudeau, Deputy Prime Minister Chrystia Freeland and Minister of Foreign Affairs François-Philippe Champagne:

But there is a second disturbing paragraph in the contract that refers to a wider range of targets that are called “Declared Hostile Forces”,  “these individuals and/or groups may be neutralized.” Those are:

We cannot accept that a private mercenary army would attempt to “neutralize” any of those “individuals and/or groups” regardless of your position on them. Even under the slightest suspicion that the Trudeau government may be associated with an individual organising such actions, the Canadian government would try to distance itself from such an individual. A recent article by Scott Taylor in the Hill Times says precisely that, “Hopefully, Canada will cut its ties with Guaidó now that his true colours have been revealed. The Venezuelan people deserve better.”

Nevertheless, as a Canadian, I sent an e-mail to Prime Minister Justin Trudeau with these questions:

The Canadian people deserve better and wait for an answer!