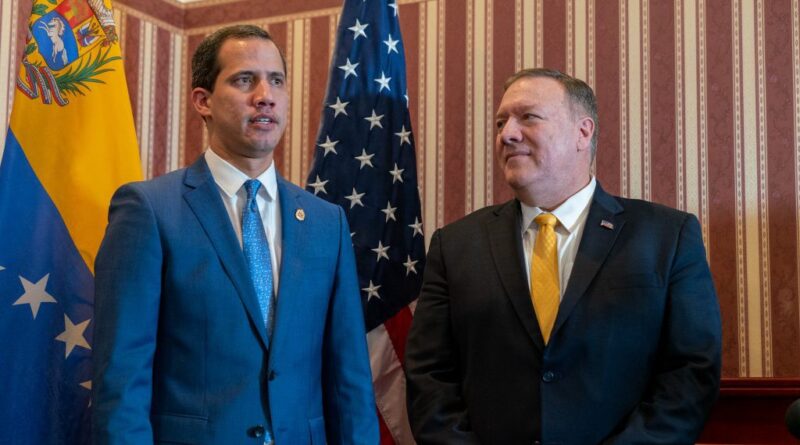 The policy of dispossession of Venezuela’s public patrimony orchestrated by the US government and concealed under the “legitimate” appearance of the fake government of Juan Guaidó, now acquires a “legal” form through outsourced channels.

In a new session without a quorum, via digital channels and with the sole participation of deputies related to Juan Guaidó, the fake Venezuelan National Assembly (AN) agreed last Thursday to approve a process for hiring two firms registered in the United States to manage the “funds recovered” by the “transitional government”.

The source of resources would be about 80 million dollars that are part of the assets of the Venezuelan state in US Citibank accounts and that were withheld, about 342 million dollars, which have been transferred by the US government to an account at the Federal Reserve from New York.

These 80 million dollars that are now part of the so-called “National Liberation Fund” created by Guaidó, would be managed and executed by the companies BRV Disbursement Co. LLC and BRV Administrator Co. LLC., both registered in the US as private firms.

The announcement indicates that these companies will have a profit of 1.3 million dollars, in accordance with the contract approved by the AN deputies that surround Guaidó.

This event sets a precedent for discretionary use and delegated to private firms, not registered, linked, or subordinate to the nation, with respect to the assets of the Venezuelan state.

This implies the legal non-existence of the gated proto-state outside Venezuela led by Guaidó, which does not have its own legal representation or financial structure to execute the resources of which they are beneficiaries by US inference in Venezuelan affairs.

Resources without comptroller and with diffuse destinations

The looting scheme carried out with these actions passes through the delegation of Venezuelan resources to two entities, one diffuse or non-existent and the other private.

The first of these is the Guaidó “government” itself, which has the nation’s resources without being subject to any of the controlling powers on Venezuelan soil.

In other words, it is not subject to the Office of the Comptroller General of the Republic, nor to the Venezuelan parliament itself, beyond the minority entourage that surrounds the “president in charge”, which implies the absence of all transparency mechanisms and all regular channels provided for in Venezuelan law.

Subsequently, the outsourcing and privatization of the execution of Venezuelan resources takes place through these actions, which are erected on a “contract” over which the parliament has no powers to apply, additionally, with companies that are not subordinate to the controlling institutions of Venezuela and that, in fact, they do not recognize the legitimate government in office.

All this seems to shape a sophisticated form of looting of national financial assets, destined for a broth of corruption.

The supposed destination proposed for the resources would be the reinforcement of “various programs” for the “liberation of Venezuela”.

Although in theory some 35 million would be used to provide medical equipment to the country, the intention has also been public to use these resources for the “support” of the deputies, the propaganda financing of the “transitional government” and the financing in the “fight for democracy,” among others.

It is essential to highlight that in this fraudulent and unregulated management of resources, it also opens up the possibilities of financing terrorist activities in Venezuela, such as those that were thwarted in recent months through mercenary insertions on various flanks of the Venezuelan coast.

Companies registered in a tax haven on US soil

Delaware is a recognized sanctuary from taxation and international money laundering in that country.

According to La Tabla , these companies only needed to register an administrator (authorized agent) to represent the directors to guarantee absolute anonymity, taking advantage of all the Delaware legal incentives that have made it famous as a tax haven, since it protects the identities of those represented.

Consequently, such legal preferences leave the responsibilities for the administration of this money in a diffuse situation.

The website Expansión (specialized in economy) refers to Delaware as a financial enclave in which more than 1.3 million entities are registered, compared to a population that does not reach one million inhabitants.

The size of this tax haven accounts for the existence of hundreds of thousands of offshore companies registered there. A report from the Observatory of Corporate Social Responsibility of Spain, which analyzes the performance of Spanish companies and their evasive practices, found in Delaware an ideal place for these crimes, only possible due to its state legislation.

To illustrate this example more precisely, 285,000 companies were registered in a single Delaware building with a single floor, that is, in the same tax domicile.

60% of the groups in the Forbes 500 list had a company domiciled there. Among them was American Airlines, Apple, Bank of America, Google or Coca-Cola, the Observatory reports.

As additional information, it is worth noting that the formation of an open looting and corruption structure of financial resources and other Venezuelan assets abroad does not take place solely because of the discretion of the deputy Juan Guaidó. This new framework of situations is only possible due to the US legal and institutional scaffolding.

This power structure, which facilitated the execution of coercive and unilateral measures against Venezuela, continues to evolve and favors the construction of a para-state.