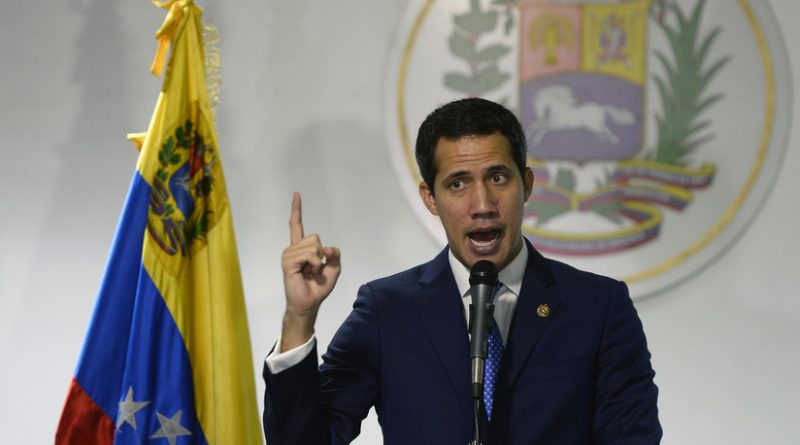 The Venezuelan anti-Chavista deputy made this statement despite the fact that the ex-president offered several interviews on Tuesday from his residence in Brussels.

Opposition Deputy Juan Guaidó said Tuesday that his team is “trying to find the whereabouts” of Ecuadorian ex-president Rafael Correa, after assuring that he is supposedly in Venezuela.

“We have no doubt that Rafael Correa could be in Venezuela, we have no precision in this case , but we are finding out,” he said confusedly in statements to the media, after his arrival at a session of the National Assembly, in Caracas.

However, Correa offered an interview with RT on Tuesday from his residence in Brussels (Belgium).

Guaidó’s statements came one day after Ecuador’s president, Lenín Moreno, claimed in a national broadcast that both “Maduro and Correa are behind an attempted coup d’etat” against him.

“President Lenin Moreno himself has said that Maduro is complicit in this process of destabilization, it is not the first time that they finance this type of campaign (…) We have communicated even with the opposition to Lenin, and asked for respect for their institutions” Guaido said Tuesday.

Maduro, meanwhile, categorically dismissed the accusations of his Ecuadorian counterpart: “Lenín Moreno says that I move my mustache and I get rid of governments,” he ironized.

However, the Venezuelan president called on Moreno to reverse the package of tough economic measures, which respond to the agreement reached between Ecuador and the International Monetary Fund (IMF) for a loan of more than 4,000 million dollars to Ecuador.

“If you want to see reality, take that economic package back and dialogue with the people,” Maduro told his Ecuadorian counterpart, in an ceremony with students in Caracas.

“How they lie!”
On Monday, Ecuadorian Assemblyman Juan Fernando Flores said Correa was “hidden” in Lara state, in western Venezuela, and had used planes from that country’s oil state company (PDVSA) to mobilize.

“He arrived from Aruba” and “he plans to mobilize for the city of Barinas and then to Falcón, from where the attacks are also articulated,” Flores added.

On Tuesday, the president of the National Constituent Assembly (ANC), Diosdado Cabello, dismissed Ecuador’s allegations about Maduro’s alleged responsibility in the protests and categorically denied Correa’s presence in his country.

“In Barquisimeto Correa supposedly is? I wish he was here in Venezuela!” Said Cabello in statements to the journalist Madelein García of Telesur.

The Ecuadorian ex-president, meanwhile, has denied the assumptions that he is on Venezuelan soil, labeling them as lies. “How they lie!” he reacted through his Twitter account.

In addition, he added that he would “love to visit Barquisimeto”. “A hug to all the barquisimetanos brothers”, he concluded.