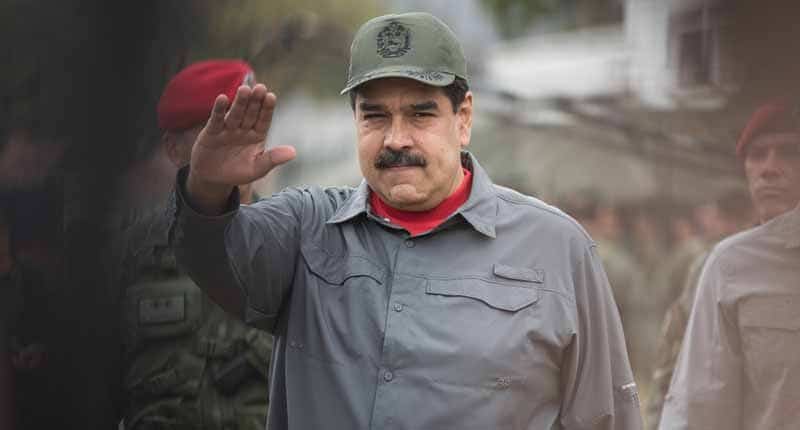 On April 30, 1975, the United States learned an important lesson. The capture of Saigon by the People’s Army of Vietnam (PAVN) would mark the defeat of the world’s most powerful military force by an army of guerrilla fighters. No matter the scale of its military, or the weight of the iron fist it used to maintain its power, brute force would not always be enough to win wars. The guerrillas possessed a key weapon that the U.S. did not: the support of the people.

The U.S. defeat in Vietnam caused a cataclysmic shift in its strategy of warfare, which today has morphed into hybrid warfare. To avoid another embarrassing defeat, the United States would need to win over hearts and minds. Blowing people to bits would not be enough. This strategy combines “conventional” warfare—namely military force—with “unconventional” warfare—such as covert campaigns to destabilize the economy of targeted nations; misinformation campaigns that spread fake news and pave the way for intervention; and violent attacks taking the form of targeted assassinations, road blockades, and the incitement of violence.

The result of these hybrid wars is seen clearly today as a series of right-wing governments sweeps across Latin America. Venezuela, however—which borders both Jair Bolsonaro’s Brazil and Iván Duque’s Colombia—has remained a sharp thorn in the side of U.S. imperialism and, consequently, at the center of U.S.-led hybrid wars. It is the domino that will not fall.

The unconventional war waged against Venezuela and its neighbors is a war that seeks to win over the hearts and minds of the people, convincing them to voluntarily (and often enthusiastically) align with the interests of global capital at their own expense. It is a battle to shift what Italian militant intellectual Antonio Gramsci would call common sense and to infiltrate the dominant worldview with the interests of capital. Writing from a fascist prison in Italy while World War I raged on, Gramsci tried to understand why working people were engaging in an ideology that was against their best interest. Part of the answer is a battle over ideology. It is this battle that the United States has been unable to win in Venezuela. In the words of Tricontinental: Institute for Social Research Director Vijay Prashad, “[t]his Revolution [has] crafted new hopes for millions of people, and they will fight tooth and nail to defend not this or that reform but the great horizon of freedom that has opened before them.”

Immense human suffering has been manufactured to lay the ground for U.S. intervention. Though U.S. sanctions have caused 40,000 deaths in one year alone (from 2017 to 2018), U.S. and corporate media have put the blame on the Venezuelan government for the casualties. In this sense, the ideological component of the hybrid war against Venezuela follows a long historical trend in which imperial forces “economically suffocate the population of non-aligned countries. Having made them gasp for air, the imperialists blame the governments for—effectively—choking themselves.”

In its latest dossier, Tricontinental: Institute for Social Research details the forms that the hybrid war in Venezuela has taken. Using a concept elaborated by political analyst Andrew Korybko, the dossier discusses the aim of the war to achieve “full spectrum dominance”; to dominate every aspect of society including not only “ideological frameworks but also the full range of human emotions—how to understand desire and beauty, values and aesthetics—as well as all the dimensions of human survival—organisation of the market and production.” It is a war, then, to dominate one’s entire conception of reality. It is a war that seeks to so thoroughly squeeze the people of Venezuela that they are forced to adopt the solutions presented by imperialism. The iron grip will loosen, the U.S. promises, so long as they are willing to sacrifice their sovereignty and submit to the interests and the direction of the United States.

The United States is keenly aware of the legacy left by colonialism, a legacy that it continues to exploit. Forced for centuries to develop its economy around the export of a single primary commodity—oil, in the case of Venezuela—the country is heavily reliant on the import of basic consumer goods, such as food and medicine. This strategy to exploit the weaknesses and limits of target governments is squarely in the center of the strategy of hybrid warfare.

RELATED CONTENT: Starvation Sanctions Are Worse Than Overt Warfare

Though the Bolivarian government has taken measures to increase the national production of food, they have remained insufficient, providing a weakness for the U.S. to exploit in its plan to “make the situation more critical,” in the words of former chief of the U.S. Southern Command Kurt Tidd. In his Plan to Overthrow the Venezuelan Dictatorship: “Masterstroke,” Tidd details a number of strategies to this end including inducing inflation, obstructing imports, discouraging investors, and creating general instability. The U.S.’s decision to pour salt in the wounds of colonialism—if unchecked—will continue to result in more deaths. According to the Center for Economic and Policy Research, “Food imports have dropped sharply along with overall imports; in 2018 they were estimated at just $2.46 billion, as compared with $11.2 billion in 2013. They can be expected to plummet further in 2019, along with imports generally, contributing to malnutrition and stunting in children.”

This weakness has also left the country particularly vulnerable to the economic blockades and sanctions imposed by the United States, which have induced capital flight, inflation, and blocked access to credit and purchasers for its oil. In other words, the U.S. “withdrew the basic tools that the government could have used to solve the crisis, and aggravated the suffering of the Venezuelan people.” The devastating results of this offensive provide the perfect opportunity for the United States’ trojan horse of humanitarian aid—as it has done in Haiti—and lay the ground for a regime change at all costs.

What is at stake in Venezuela today expands far beyond the nation’s borders. The country lies at the crux of a geopolitical war waged by global capital, with the United States at its head, to destroy the threat of a people-centered agenda once and for all. The U.S. was unable to do this in Vietnam. It has been unable to do this in Cuba. And, so far, it has been unable to do this in Venezuela, though it has not stopped trying. Not only was Venezuela able to reduce hunger and inequality and improve the lives of the many since Chávez’s election, but it has also been able to offer key support to other nations who bear the weight of the heavy fist of the U.S. empire, from Cuba to Haiti. If the U.S. succeeds in destroying the Bolivarian government, it will be a blow to people across the world.

For the U.S., the Bolivarian Revolution in Venezuela must be destroyed. Maduro must be delegitimized. The people of Venezuela must be made to suffer. But, for the majority of the world’s people, we would do well to remember the words of Che Guevara reflecting on Vietnam: “How close and bright would the future appear if two, three, many Vietnams flowered on the face of the globe … with their repeated blows against imperialism, forcing it to disperse its forces under the lash of the growing hatred of the peoples of the world!” Venezuela is today’s Vietnam. 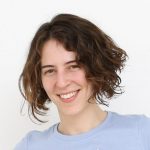 Celina della Croce is a coordinator at Tricontinental: Institute for Social Research as well as an organizer, activist, and advocate for social justice. Prior to joining Tricontinental Institute, she worked in the labor movement with the Service Employees Union and the Fight for 15, organizing for economic, racial and immigrant justice.

Celina della Croce is a coordinator at Tricontinental: Institute for Social Research as well as an organizer, activist, and advocate for social justice. Prior to joining Tricontinental Institute, she worked in the labor movement with the Service Employees Union and the Fight for 15, organizing for economic, racial and immigrant justice.