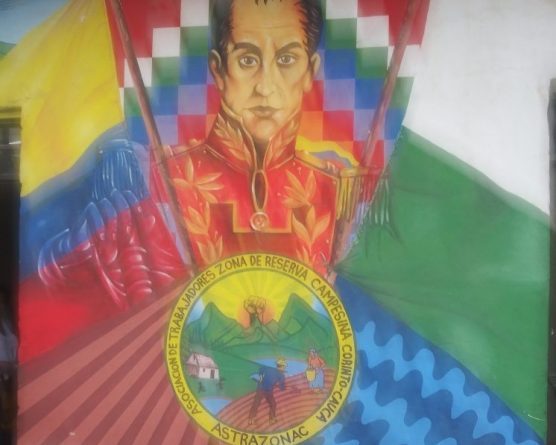 When corporate media is obsessing on one story, you can pretty much bet that another story is being ignored or, more likely, purposely hidden and obscured. Corporate media, ever beating the drums for whatever war, coup, or intervention the oligarchs are pushing, plays its dutiful and subservient role. The example that comes immediately to mind is the false reports about weapons of mass destruction that paved the way for the invasion and occupation of Iraq in the Second Gulf War. Right now, something very similar is happening with regards to Venezuela. There is a barrage of unverified allegations and outright lies regarding that country, not to mention half-truths devoid of analysis. Every economic woe that has befallen the Venezuelan people is presented as a failure of the administration of Nicolas Maduro and a result of the path the country is taking toward socialism. Virtually never offered is any kind of explanation about the devastating effects of massive hording of goods by the opposition, and the US government’s policies of sanctions, blockades, and other forms of economic sabotage.

Meanwhile, we hear virtually nothing about the humanitarian crisis in Colombia, and when we do hear about that country, it is absurdly paraded as some kind of success story for democracy and capitalism. Just the other day I was listening to National Public Radio and heard Janet Napolitano, Homeland Security Secretary under the Obama administration, talking about how US engagement in Colombia has resulted in a much-improved human rights situation, painting a rosy picture of the country as a tourist destination. Well, Janet, either you’re lying or intolerably misinformed, because if that picture is rosy, the red tint you’re seeing is painted with blood. Seriously, how many of us know that in Colombia, in La Guajira, over the past eight years, at least 6100 indigenous children have died from hunger and lack of water? We don’t hear about that because Colombia is basically a colony of the United States, and a partner in the US-NATO Empire, and publicizing the information would be an indictment and an embarrassment. We don’t hear about that because corporations like US-based Drummond Coal, heavy operators in that region, don’t want you and me to know about how they are robbing the people of water, diverting the flow of rivers from communities and food production, in order to mine and process their dirty energy source. Ironically, in the name of fighting alleged repression and a manufactured crisis in Venezuela, Colombia is a staging ground for intervention in the neighboring country.

One thing the oligarchs, coup plotters, and warmongers have right is this: Venezuela in the hands of the opposition would look very much like Colombia today – but not the charming tourist attraction painted for us. The situation in Colombia is horrible and continues to plummet. I could do some searching to give you the latest numbers, but I’m not going to bother, because every day it just gets worse and worse and the statistics of terror just pile up on top of each other. Every year since 2016, when a peace accord was signed and implemented to “end” Colombia’s civil war, killings of social movement leaders and ex-insurgents participating in the peace process have become increasingly common. Since 2016, somewhere around 500 social movement leaders and peace process participants have been murdered by enemies of the peace, and their military and paramilitary shock troops. It’s the same with displacement. We hear constantly about refugees from Venezuela crossing into Colombia and other countries. But the reality is that for a long time, Venezuela has been absorbing refugees fleeing political violence in Colombia, and Colombia leads the world in the number of forcibly displaced people: over 7.7 million.

As for democracy, the White House and Congress and the corporate lie-machinery tell us that the legitimately elected government of Nicolás Maduro is not legitimate, is in fact a dictatorship, as contrasted with Colombia, presented as a healthy democracy. But I was present during elections in Colombia last Summer, and followed the vote closely. The Alliance for Global Justice had teams of observers, and each one saw irregularities. During the presidential campaign, Left and Center-Left campaigns were attacked by paid thugs, and campaign workers were even killed. During congressional and primary elections, there were shortages in ballots in more than 20% of polling places, including the three largest cities of Bogotá, Medellin, and Cali. Some 30% of voters said they were not able to vote privately.

Right now, as I write this report, I am back in Colombia traveling around the country hearing about mounting threats and political violence. In fact, today I will travel to an area where armed death squads are threatening and already have attacked social movement leaders. Again, the picture I’m seeing is not rosy, it’s blood-drenched. Pro-democracy activists, indigenous, Afro-Colombian, and rural leaders, and ex-insurgents must every day walk with caution and concern for their lives. What’s amazing to me is that they continue to struggle for a Colombia-at-Peace; they continue to maintain their faith in that possibility against every outrage and onslaught. I repeat: the allegations against Venezuela are based on misinformation and distortions, and the silence about the crisis in Colombia is all part of a package to create false contrasts with Venezuela and sell intervention and a possible foreign military invasion.

Another thing we aren’t told is how intimately linked are the right wing paramilitaries and death squads in both countries. Colombian paramilitaries working with Venezuela’s oligarchy have attempted multiple coups and assassinations against the Maduro government. Colombia is used not only as a potential staging ground for military intervention, it is also a training and logistical base for Venezuelan coup plotters. We can reasonably assume that the repression we see in Colombia will be repeated and multiplied if the right-wing darlings of the US government take power in Venezuela.

My friend, Yajaira, is an ecological activist from Venezuela. She has, herself, opposed some government policies. I emphasize that because she’s not someone without her criticisms. I asked her what would happen if the right wing came to power in Venezuela and she told me, without a moment’s hesitation, “It would be a disaster. It would be a bloodbath.” She added that even when activists like her have disagreements with the government, they have a voice, they are heard – and most of all, they are not threatened and killed for speaking out and advocating for their desired reforms.

If we look at Colombia today, we catch a glimpse of what Venezuela could look like tomorrow if coup plotters ever achieve their goal. I arrived in Colombia (along with my partner Raquel Mogollón from the organization Camino Común) on the April 26 to learn more about what is going on. Following is a list and brief description of what has been verified starting a few days before we got here, on April 22, until today. This list is just a snapshot. But it will give readers some idea of the current situation in a country where a human rights defender, social movement leader, or peace process participant is killed at a rate of approximately one every other day. The bleak picture provided is something we must work to end in Colombia, and to make sure will not be exported to Venezuela.

Almost in every instance that someone is killed in acts of right wing political violence in Colombia, I receive a report, and, often receive photos of the bodies, including the heart wrenching photos of the mutilated body of Dimar Torres, who just wanted to lay down his arms, to “beat his sword into plowshares” for a just peace in a New Colombia. Knowing about this crisis, I also know it is unacceptable for people who want peace to stand and do nothing while the oligarchs, coup plotters, and warmongers try to do to Venezuela what is being done to Colombia. We must not be silent about what is happening in Colombia, no matter how much the White House and most of Congress and the corporate media tries to sweep it under the rug.

Please join me and let’s together demand justice, liberation,and no more political violence for Colombia, sovereignty for Venezuela, and an end to the oligarchy and the depravity of Empire. The cry for peace and justice must always be sounded by all those who refuse to surrender hope, even in the worst of times.

El pueblo no se rinde, Carajo! The people will not give up!