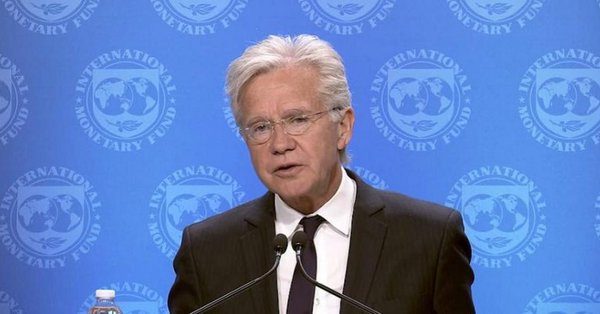 The International Monetary Fund (IMF) does not recognize the self-proclamation of Juan Guaidó as “president interim” of Venezuela due to lack of consensus in the organization.

The IMF said that “there is still no clarity” among its member countries about the possible recognition of Juan Guaidó, said Gerry Rice , spokesperson for the institution at a press conference, while noting that there is no expected vote on the issue in the Executive Directory.

Indebting Venezuela is the goal of Guaidó
Indebting Venezuela and placing it at the feet of international banking is one of the plans contemplated by the Country Plan presented in February this year by the president of the National Assembly in contempt, Juan Guaidó.

According to the “plan” one of the objectives is “to access multilateral banking to request the financing required under preferential conditions and international economic aid.” In other words, the right tries to apply the same recipe of Carlos Andrés Pérez in 1989, resorting to the IMF, the same body that does not recognize Guaido.

Already in January of this year, members of the “team” of Guaidó showed that the right-wing sought to resort to the IMF to “raise resources”, said on that occasion the Mexican portal Expansion.