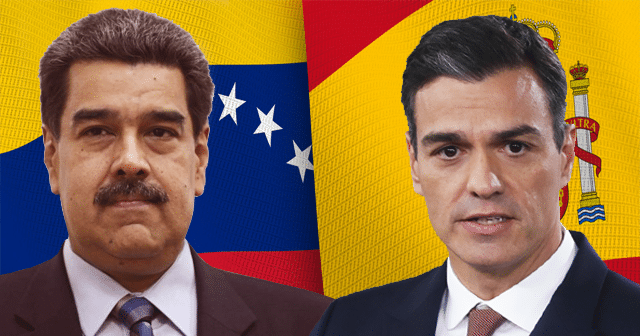 Spain’s State Secretary for Foreign Affairs and for Latin America and the Caribbean, Cristina Gallach, announced that the Kingdom of Spain will not send a new ambassador to Venezuela to replace Jesús Silva, but will appoint a chargé d’affaires.

It had been announced that the current Spanish ambassador to Cuba, Juan Fernández Trigo, would take over the leadership of the legation to replace Jesús Silva, the current ambassador, who will leave office.

“As for the appointment of a new ambassador to Venezuela, this will be carried out by a chargé d’affaires with letters and a cabinet, and not as ambassador,” revealed the diplomat Gallach. The objective is to record that the European Union and its member states did not consider the 2018 presidential elections—on which the current mandate of Nicolás Maduro is based—“fair or transparent.”

In the Congressional Foreign Affairs Committee, Gallach explained that it is the same route that Italy and the Netherlands have used, who have just renewed their mission headquarters in Venezuela.

Diplomatic sources assured Europa Press that the decision to make the next Spanish representative in Caracas at chargé d’affaires level, and not ambassador, had been made several weeks ago and that it has nothing to do with the escape of opposition figure Leopoldo López or with the tension that has arisen with the government of Venezuela for this reason.

Venezuelan President, Nicolás Maduro, accused the Spanish ambassador to Venezuela, Jesús Silva, of being López’s “accomplice,” an assertion that the Venezuelan Foreign Ministry had already advanced and that was denied by Spanish diplomatic sources.

“Recently Ambassador Silva traveled to Spain, negotiated the trip of Leopoldo López to Spain with the Spanish Government, returned to Venezuela and took Leopoldo López, based on this negotiation that was carried out with the Government of Spain, as far as I can say today,” President Maduro said recently in a press conference.

The Spanish Minister of Foreign Affairs, Arancha González Laya, recalled that López was a “guest of the Embassy” of Spain in Caracas, free to leave whenever he wanted, because “a guest is not a hostage.” Forgetting that the “guest” was responsible for organizing a coup d’état on April 30, 2019, witnessed by the whole world, and that he evaded house arrest privileges granted after being found guilty on terrorist charges by Venezuelan justice, due to violent protests in 2014.