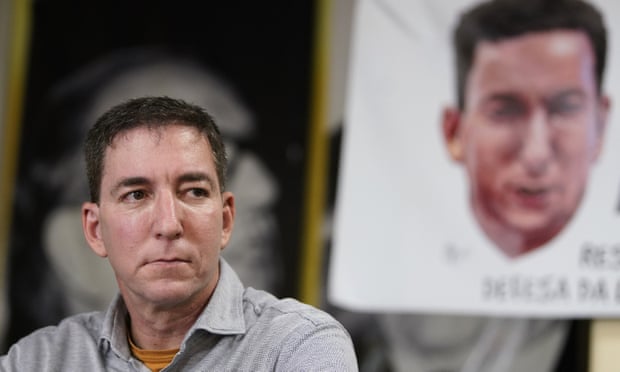 October 29, 2020.-  The investigative journalist Glenn Greenwald has resigned abruptly from the Intercept, the news website he co-founded, and accused the organization of seeking to censor him over a planned article critical of the Democratic nominee, Joe Biden.

Greenwald, who was a vital part of the Guardian US team that broke the Edward Snowden whistleblower story in 2013, released a statement onlinethat blasted the editors of the Intercept as being in hock to Biden and the Democratic party.

“The Intercept’s editors, in violation of my contractual right of editorial freedom, censored an article I wrote this week, refusing to publish it unless I remove all sections critical of Democratic presidential candidate Joe Biden, the candidate vehemently supported by all New-York-based Intercept editors involved in this effort at suppression,” he wrote in a lengthy resignation post.

Greenwald is a vocal critic of the US media and American politics, with an abrasive style that has won him many admirers as well as a legion of critics. Recently, he has been especially critical of media coverage of the Russian attempt to interfere with the 2016 US election and has been criticized by some leftwing commentators for appearing on rightwing Fox News host Tucker Carlson’s show.

He co-founded the Intercept in 2014 with investment from the tech billionaire Pierre Omidyar. The website rapidly established itself as a scrappy online news organization that could punch above its weight on some issues, especially cybersecurity, politics and tech and corruption in Brazil, where Greenwald lives.

Greenwald said the site no longer carried out the mission that he had intended when it was founded, which was to amplify voices rarely heard in American journalism. In his resignation statement Greenwald said: “The current iteration of the Intercept is completely unrecognizable when compared to that original vision.”

In a sharply worded statement, the Intercept’s editor-in-chief, Betsy Reed, said that the charge that the Intercept was censoring its staff was “preposterous” and that Greenwald’s main problem had been a desire to have his work published unedited.

“Glenn Greenwald’s decision to resign from the Intercept stems from a fundamental disagreement over the role of editors in the production of journalism and the nature of censorship,” Reed wrote. “Glenn demands the absolute right to determine what he will publish. He believes that anyone who disagrees with him is corrupt, and anyone who presumes to edit his words is a censor.”

“The narrative he presents about his departure is teeming with distortions and inaccuracies – all of them designed to make him appear a victim, rather than a grown person throwing a tantrum,” she added.

Greenwald posted a version of the Biden article in question to the online platform Substack, along with a note that read: “I am posting here the most recent draft of my article about Joe and Hunter Biden — the last one seen by Intercept editors before telling me that they refuse to publish it absent major structural changes involving the removal of all sections critical of Joe Biden, leaving only a narrow article critiquing media outlets.”

In his resignation statement, Greenwald also said he had been “exploring the possibility of creating a new media outlet” and was working with journalists and commentators “across the political spectrum” in order to secure funding.

“We have no doubt that Glenn will go on to launch a new media venture where he will face no collaboration with editors – such is the era of Substack and Patreon,” Reed said in her statement. “In that context, it makes good business sense for Glenn to position himself as the last true guardian of investigative journalism and to smear his longtime colleagues and friends as partisan hacks. We get it. But facts are facts and the Intercept record of fearless rigorous, independent journalism speaks for itself.”