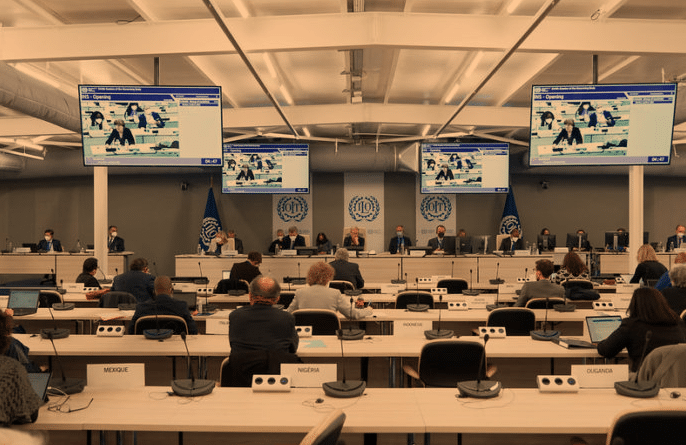 More than 500 coercive measures, enforced by the US and the EU, hinder the development of Venezuela’s economy.

The minister of the Social Process of Labor of Venezuela, José Rivero, voiced his condemnation of the impact of US sanctions on employment to the International Labor Organization (ILO).

Via Twitter, the Ministry of the Social Process of Labor reported that these concerns were presented to the United Nations Office and other international organizations in Geneva.

“Minister José Rivero is meeting with Guy Ryder, director general of ILO, to exchange ideas about the results of the dialogue with spokespeople of social and economic interests in Venezuela, and to denounce the effects of unilateral coercive measures in the realm of labor,” stated the ministry.

During the 344th meeting of the Administrative Council of the ILO, Rivero commented that “Venezuela continues to struggle against the economic blockade and siege, which is all conducted through illegal unilateral coercive measures that strain the possibility to ensure human rights such as the right to work, to health, and to life itself.”

Rivero also highlighted the progress being made by the Executive Power with regards to social dialogue and the readiness of the Venezuelan government to receive technical assistance from the ILO, especially in relation to the representatives of the Organization of Employers and Workers.

Similarly, he mentioned that progress would continue to be made to achieve a broad and inclusive social dialogue with the disposition to garner the consensus that is necessary to strengthen the ILO.

Since 2017, Venezuela has faced more than 500 US and EU sanctions which suffocate the economic activity of the country.

The Special Rapporteur of the United Nations (UN) has admitted to the negative effects of unilateral coercive measures on human rights and has recognized the serious and harmful consequences which these sanctions have had for human rights in Venezuela for years, particularly since 2014.

The UN cited a report published in February 2021 which shows that until 2015, workers generally made the equivalent of $150 to $500 USD [per month], but since then this income has been chipped away at by the so-called sanctions, imposed by the US, the EU, and other countries.

The government of Venezuela periodically revises the salaries of workers and mandates that monthly incomes rise, but the economic blockade has dramatically devalued the bolívar.

This past March 3, the President of Venezuela Nicolás Maduro announced that the minimum monthly salary would rise to 126 bolívars per month [or about $28.90 USD] in the public and private sectors.

Featured image: The 344th meeting of the Administrative Council of the International Labor Organization in Geneva, Switzerland. Photo: @MinTrabajoVE.