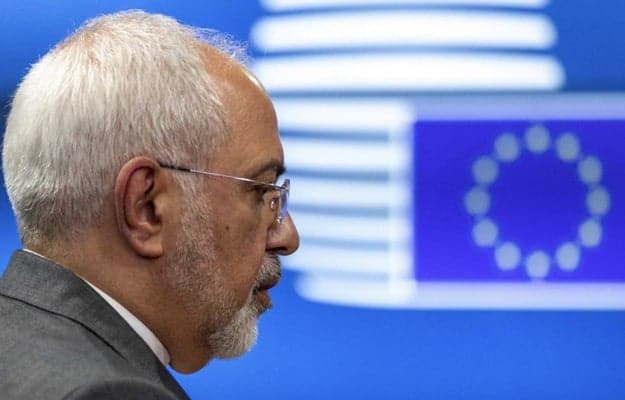 Iran has mocked the Trump administration’s recent move to put Iranian Foreign Minister Mohammad Javad Zarif on its sanctions list, saying the designation is because the US is frightened of Zarif’s negotiation skills.

The US Treasury Department on Wednesday imposed sanctions on Zarif, arguing that he is “Iran’s primary spokesperson around the world.”

In a tweet, Zarif mocked the reason for his designation, and said, “The US’ reason for designating me is that I am Iran’s ‘primary spokesperson around the world’. Is the truth really that painful?”

“It has no effect on me or my family, as I have no property or interests outside of Iran. Thank you for considering me such a huge threat to your agenda,” he added.

“Since reason for designating me is my words, would ‘US persons’ need OFAC license to ‘engage’ with me by reading my writings or listening to interviews?” he said in another tweet.

Iranian Foreign Ministry Spokesman Seyyed Abbas Mousavi also reacted to the sanctions against Zarif, and said, “The Americans have a strong fear of the logic of Dr. Zarif and his negotiating skills.”

“The peak of stupidity and inconsistency of America’s leaders is at a point where they don’t recognize Dr. Zarif as being influential in Iran’s policy but with the ultimate ignorance they sanction him!” Mousavi wrote.

He made the remarks in reaction to contradictory comments by a US official who had said, “The Trump administration is not closing the door to potential nuclear talks with Iran by sanctioning Foreign Minister Mohammad Javad Zarif, who it does not consider a significant decision maker.”