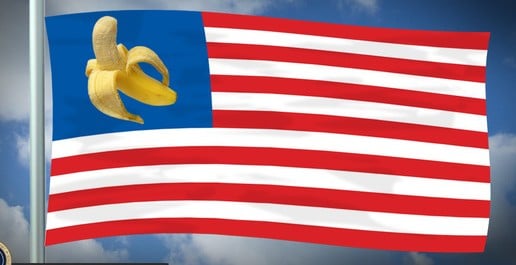 One of the reasons that the coronavirus pandemic has hit the United States the hardest is the “American arrogance” that chose to ignore early warning signals of the disease. It is well-known that the U.S. administration is of the (false) opinion that it has the power to alter the world at its fingertips. This illusion, which is wrapped up in arrogance, has been dubbed as “American exceptionalism” by political elites. It is fiercely endorsed by the Military-Industrial Complex and serves to legitimize interventions conducted by U.S. soldiers.

The fact that the U.S. did “too little too late” has led it to become the epicenter of the epidemic. In just six weeks, the U.S. has lost more people than it did in the Vietnam War, and within the same time fame more than 30 million Americans lost their jobs. The U.S. hasn’t been able to establish a consistent cooperation between “state” and “federal” administrations in the fight against the virus. Furthermore, the epidemic has become a partisan issue.

One of the slogans Republicans have prepared for the 2020 presidential elections is “Reopening America.” They opine that social distancing measures are against them because of the strain they put on the economy. For this reason, they believe that measures are especially stringent in states run by the Democrats. According to these Republicans, Democrats want to discredit Trump by exploiting the outbreak.

In states run by Democrats, small pro-Trump radical groups are protesting the rules of social distancing. Right-wing channels, primarily Fox News, are making broadcasts supporting the protests. In these broadcasts, the protests are portrayed as a great public movement. But a careful eye can easily see that there are capital groups behind the protests that do not want businesses to be suspended. Public studies show that the overwhelming majority of the people find social distancing measures to be right choice.

The illusion of American exceptionalism and that the U.S. is an indispensable leader at the global stage have been completely shattered in the face of the virus. The epidemic exposed both systemic and institutional vulnerabilities and the moral weakness of the U.S.

Once more it has been demonstrated that democracy in the U.S. has more to do with personal interests rather than public ones. The reason why the groups in the lowest social-economic faction in America tend to abstain from voting is because politics is under the mortgage of lobbies. The belief that nothing will change also gives rise to despair.

COVID-19 has dragged the corporate image of many states, just like the U.S., through the mud. The world’s so-called biggest power has fallen short in protecting its people. The victims are once again the Blacks, once again Hispanic Americans, the “poor” and the elderly. It has been ascertained that the American healthcare system does not serve the people. This shortcoming of the system has always been known, but has become more detrimental with the emergence of the epidemic. Deaths spanning a certain amount of time are inconspicuous. But 60,000 people have died in six weeks. The failure of the American state hasn’t just been challenged within its borders, but it has been discredited as a world brand too. The epidemic has shown that the term “superpower” is but an illusion.

In the Golden Age of the Roman Empire, a large snake used to slither along during festivities in the reign of Emperor Tiberius, as is depicted in the book of “The Twelve Caesars,” written by historian Gaius.

Tiberius used to hand-feed this reptile. One day he found the snake being devoured by ants. This was a warning that he heed the power of the crowd. However, Tiberius died before he could take the necessary measures the warning dictated. Romans were so jubilant with the news of the death of the bully emperor that they filled the streets with screams of “To the Tiber with Tiberius!”

Supposedly he took immense pleasure in acts of cruelty to display his power. So we can’t be too surprised that his people wanted him to be tipped into the River Tiber.

Funnily enough, this story came to mind as I was reading comments regarding “the country’s failure” in U.S. media.