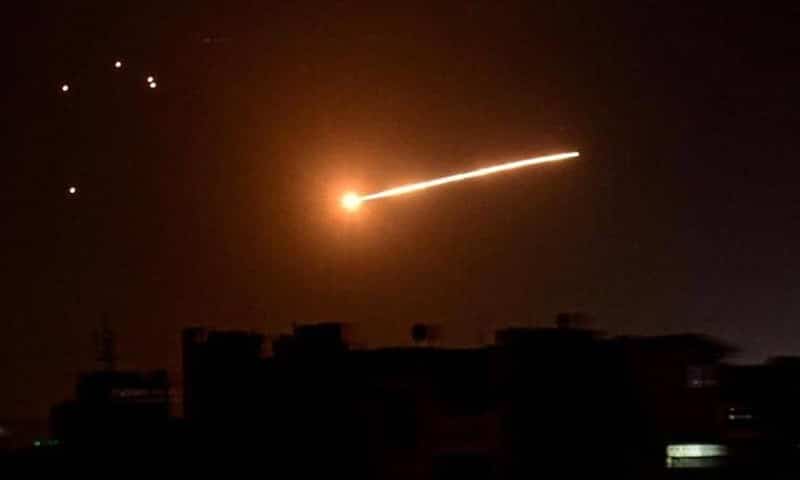 The Israeli occupation targeted several points in the vicinity of the town of Zakiya in the southern countryside of Damascus, leading to strictly material damage.

The Syrian Ministry of Defense reported that the Israeli forces targeted the vicinity of the town of Zakiya, south of Damascus, with several missiles.

Citing a military source in the ministry, the Syrian news agency SANA confirmed that “the Israeli enemy carried out a strike with several surface-to-surface missiles” from the occupied Golan, targeting the town of Zakiya at around 11:35 pm (21:35 GMT) on Wednesday night.

The source added that the aggression led to “some material losses.”

This is the most recent Israeli aggression against Syria following last Wednesday’s, when a Syrian soldier was martyred and five others were wounded, as a result of an Israeli aggression that targeted military sites in the vicinity of the Syrian capital, Damascus.

At the time, SANA quoted a military source as saying that the defenses responded to the missiles of the aggression carried out by the Israeli occupation in the air, with the aerial attacks launched from the southeast of Lebanon’s capital Beirut.

Russian Foreign Ministry Spokesperson Maria Zakharova expressed her country’s “deep concern”, saying the Israeli airstrikes are a “crude violation of the sovereignty of the Syrian Arab Republic and may trigger a sharper escalation of tension.”

On January 31, the Syrian air defense media responded to an Israeli missile aggression from the direction of Rayak, east of Beirut, targeting some points in the vicinity of Damascus, and shot down some of its rockets.

Featured image: The Israeli occupation targeted certain points in the vicinity of the town of Zakiya, south of Damascus (archive photo)