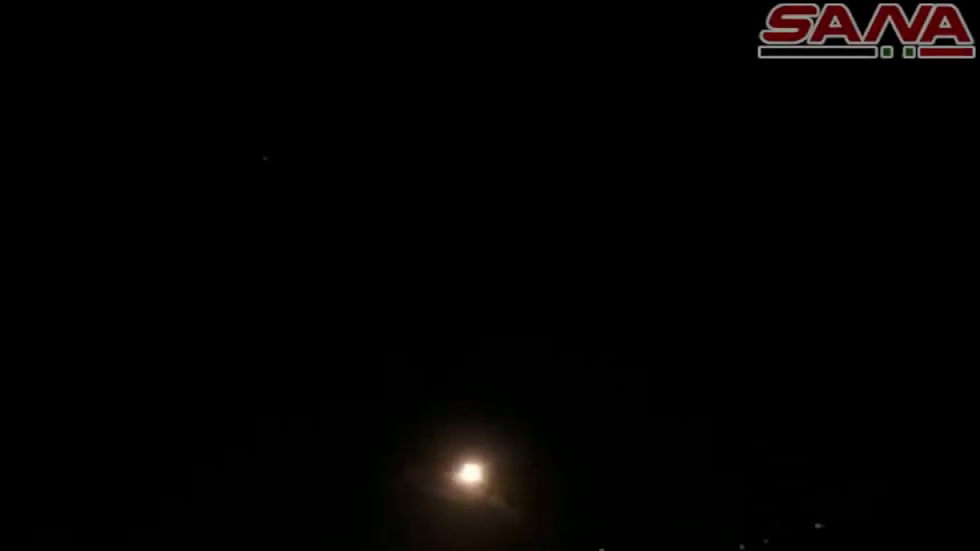 February 28, 2021.-  Syrian air defenses have shot down most of the missiles in a strike targeting the area outside Damascus from the territory of the occupied Golan Heights, the country’s state media reported, blaming Israel for the attack.

The missiles were launched towards the Syrian capital at around 10.16pm local time, Syria’s SANA news agency reported, citing a military source. Few of the projectiles are believed to have reached the ground. The source said that the country’s missile defenses took down “most of the enemy missiles.”

The agency has published several videos showing interceptions in the night skies over Damascus.

Israel routinely targets Syrian territory on the pretext of striking “Iranian targets” there. As a rule, Tel Aviv does not comment on its cross-border actions in Syria, deeming it part of its effort to deter Iran from gaining a foothold in the war-ravaged country.

The fresh bombing raid comes on the heels of US airstrikes that reportedly demolished several facilities on the Syrian-Iraqi border that the Pentagon claimed were used by Iranian-backed militias.

The airstrikes, spun by the US military as “defensive,” became the first of their kind under the Joe Biden administration, which said the attack was in retaliation to rocket attacks on US and coalition troops in Iraq.

RELATED CONTENT: Will Impunity Reign or will International Criminal Justice Come for Israel?

The Pentagon argued that the bombing was aimed at “de-escalation” of tension in Syria and Iraq, but drew stark condemnation from both Damascus and Tehran, arguing that the raid only inflamed the volatile situation. Iran argued that the US airstrikes would prove useful to terrorists, accusing Washington of seeking to “revive” the Islamic State (IS, formerly ISIS) terrorist group. Syria denounced the strikes as “cowardly aggression,” noting that the new US administration had shown its disregard for efforts to resolve the Syrian conflict, as the bombing coincided with the visit of the UN special envoy for Syria to the country.