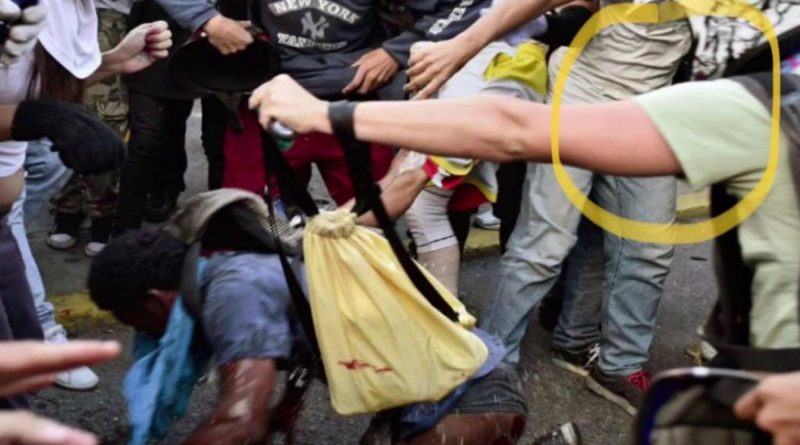 On Tuesday, the attorney general of the republic, Tarek William Saab, denounced Spain for denying the extradition to Venezuela of the alleged murderer of the young Orlando Figuera, burned alive during the “guarimbas” (violent right wing protests) of 2017, for being black and “looking chavista”.

“We denounce to the world the impunity of Spanish justice,” the attorney general wrote on his Twitter account, referring to the refusal of the European country to extradite Enzo Franchini Oliveros. Along with this message, Saab attached a photograph of the alleged perpetrator and images of the lynching of Figuera on May 20, 2017.

In addition, the Venezuelan attorney general explained that the Public Ministry conducted analysis of telephone records and social networks, as well as testimonies and inquiries that “evidenced in videos and photos the alleged participation of Enzo Franchini in the abominable crime: they were ignored with impunity by the Spanish authorities.”

He also indicated that the Prosecutor’s Office “exhausted all the channels” for Franchini Oliveros to voluntarily go to the process.

“Today we demand again from the Spanish authorities their extradition so that this serious CRIME OF HATE does not go unpunished,” said Saab.

Last July, the Venezuelan attorney general reported on the arrest of Franchini Oliveros by Interpol authorities and said that his extradition had been requested. However, this Monday, November 4, he was released by the National Court of Spain.