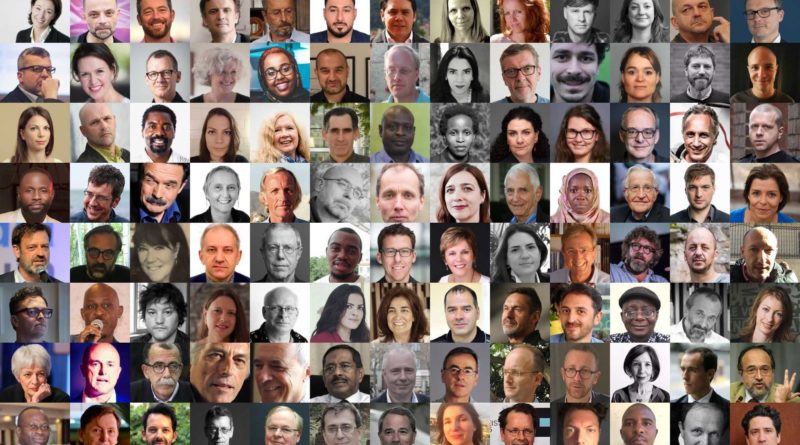 More than 1200 journalists from 98 countries have released a joint statement today in defense of Wikileaks publisher Julian Assange, in the lead up to proceedings in a UK court to extradite him to the United States to face the espionage charges. The court case begins on 24 February.

This is the first time that the US Espionage Act has been used against someone for publishing information provided by a whistleblower. All journalists use information from confidential sources so the legal actions are an extremely dangerous precedent that threatens the world’s journalists and news media. The signatories believe Assange’s imprisonment and the court proceedings are a gross miscarriage of justice.

“It is very rare for journalists to join together and speak up on an issue. Indeed, the size and breadth of this joint journalists’ statement may be unprecedented,” spokesperson Serena Tinari said.

The statement notes that Assange risks up to 175 years imprisonment for his part in making public the leak of US military documents from Afghanistan and Iraq, and US State Department cables — including revealing evidence of war crimes. Many media organisations published articles of high public interest based on this information. The statement says: “If governments can use espionage laws against journalists and publishers, they are deprived of their most important and traditional defense – of acting in the public interest – which does not apply under the Espionage Act.” Journalists anywhere in the world could find themselves being extradited to another country and charged under draconian espionage laws.

RELATED CONTENT: John Pilger: It is Time for Julian Assange to be Saved, Not Betrayed

The statement has been signed by staff from most of the world’s major media organisations, and includes many prominent and award winning journalists. There is a large number of investigative journalists, including 30 members of ICIJ, the International Consortium of Investigative Journalists. Various journalist organisations, including the International Federation of Journalists (IFJ) and Reporters without Borders (RSF), signed the statement. The signatories come from every part of the world for a total of 97 countries.

The full list of the signatories is here: https://speak-up-for-assange.org/signatures/

The journalists’ statement also invited people from “media-related” professions. Daniel Ellsberg, the source of the Pentagon Papers, signed the statement as “Whistleblower” and was followed by other important whistleblowers, including Katharine Gun (UK), Rudolf Elmer (Switzerland) and Edward Snowden.

The statement was initiated by a group of investigative journalists based in different continents. Spokesperson Serena Tinari, chairwoman of the Swiss investigative journalist organisation, said “many of us use confidential information received from whistleblowers. It is an essential part of our role on behalf of the public. Every journalist and publisher should be appalled and worried at this attempt to criminalise our work.”

The joint statement quotes the United Nations Special Rapporteur on Torture Nils Melzer who investigated the case: “it finally dawned on me that I had been blinded by propaganda, and that Assange had been systematically slandered to divert attention from the crimes he exposed. Once he had been dehumanized through isolation, ridicule and shame, just like the witches we used to burn at the stake, it was easy to deprive him of his most fundamental rights without provoking public outrage worldwide. And thus, a legal precedent is being set, through the backdoor of our own complacency, which in the future can and will be applied just as well to disclosures by The Guardian, the New York Times and ABC News.”

The statement says “Mr Assange’s reporting of abuses and crimes is of historic importance, as have been the contributions by whistleblowers Edward Snowden, Chelsea Manning and Reality Winner, who are now in exile or incarcerated. They have all faced relentless smear campaigns waged by their opponents, campaigns that have often led to erroneous media reports and a lack of scrutiny and media coverage of their predicaments.”

The journalists statement calls for Julian Assange to be released immediately from prison, and for the extradition proceedings and espionage charges against him to be dropped.

They write: “We urge our fellow journalists to inform the public accurately about this abuse of fundamental rights. We urge all journalists to speak up in defense of Julian Assange at this critical time. Dangerous times call for fearless journalism.”