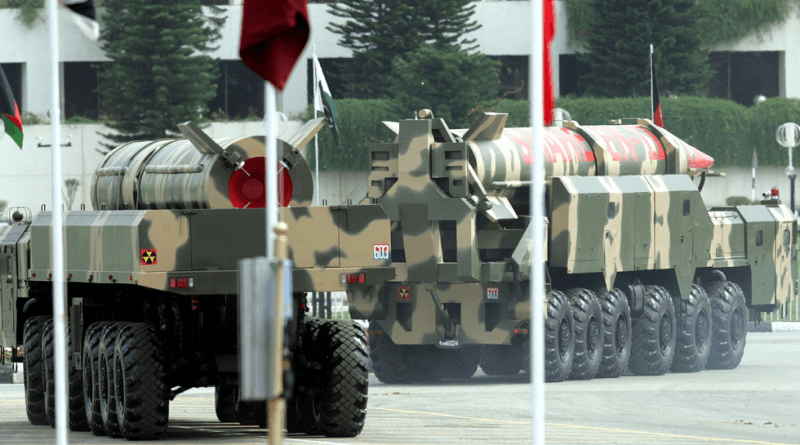 Tensions between Pakistan and India over the disputed territory of Kashmir could spark a nuclear conflict, Pakistan’s military spokesman said. The warning comes amid reports of more fighting along the Line of Control between them.

“Kashmir is definitely a nuclear flashpoint,” Major General Asif Ghafoor, chief spokesperson of the Pakistan Armed Forces, said on Saturday. He added that Pakistani armed troops are ready to repel any time, describing the dispute as a long-term struggle.

Ghafoor’s remark comes just hours after reports of another fatal exchange of fire along Kashmir’s Line of Control (LoC). An Indian soldier is said to have been killed in the skirmish, in what Indian media have called an unprovoked ceasefire violation from the Pakistani side.

Earlier in the week, Islamabad announced that three Pakistani and five Indian soldiers had died in cross-border fighting. New Delhi denied that any of its soldiers had been killed in the altercation.

The flare-up in violence along the LoC follows India’s decision to revoke Kashmir’s special status, sparking concerns that the decades-old dispute over the territory could escalate. India and Pakistan each have nuclear arsenals.

Earlier in the week, Indian defense minister Rajnath Singh said that his country remains committed to its ‘no first use’ policy on nuclear weapons, but cautioned that “circumstances” could potentially change this position.