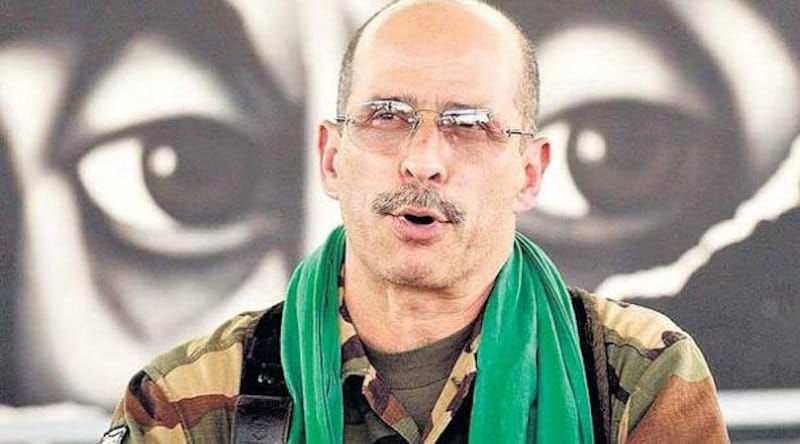 Simón Trinidad is a 70-year-old Colombian, held at the Supermax Prison in Florence, Colorado, United States, for crimes he never committed. Sentenced in 2007 to more than 60 years in prison, this man was chained hand and foot, and kept during the first 11 years of confinement in complete isolation with permanent artificial light, unable to read or communicate with family and friends.

Trinidad grew up in Valledupar within a prestigious family of the local oligarchy who gave him the best education. He became an economist, university professor, cotton farmer, and banker. Set up as a left-wing intellectual, in the late 1970s he joined the Popular Cause Common Civic Movement, along with professors and students from the Popular University of César where he was the chairman of Political Economy of Colombia.

A Common Cause, a patriotic union and a political proposal of broad convergence emerged within the framework of the peace agreement of the year 1984, which staggered the bipartisan political hegemony. The UP would then be the victim of a fierce attack with more than 5,000 leaders assassinated, including two candidates for the presidency.

RELATED CONTENT: There Will be Reciprocity: Venezuela Will Take a Complaint to the UN for the Looting of its Consulate in Bogota

Trinidad, like thousands of UP militants, was threatened; Sending his family into exile, he went into the mountains of Colombia in 1987, joining the ranks of the FARC guerrillas, where he would change his maternal name, Ricardo Palmera, to that of Simón Trinidad in tribute to the Liberator Simón Bolívar. In 1998 he was widely described by the press as a member of the so-called Thematic Committee of dialogues in Caguan, Caquetá.

In 2002 Andrés Pastrana ended the dialogue with the Thanatos operation, inaugurating a new cycle of violence and persecution, exacerbated in unprecedented bloodshed by his successor, Álvaro Uribe, who in 2003 captured Trinidad in Ecuador, while seeking to arrange a meeting with a United Nations delegate and achieve a humanitarian prisoner exchange. Trinidad would be extradited to the United States a year later on false charges.

In the United States, Trinidad was acquitted in 4 trials for the crime of drug trafficking but sentenced to 60 years in prison for conspiracy to take hostages, for the capture by the FARC of three North American mercenaries who carried out activities for their government. However, Simón Trinidad did not operate in the area of capture, nor did he belong to the highest command structures of the organization.

In 2012 Trinidad was named as spokesperson in the Havana dialogues between Santos and the FARC. As it yielded no results, the leadership of the insurgency at the head of Timoleón Jiménez, undertook efforts to repatriate Simón, including requesting a pardon from President Obama, which he would give to the Puerto Rican independence fighter, Oscar López. After endorsing the Agreements, Trinidad accepted and requested their inclusion in the Special Jurisdiction for Peace, JEP, the legal venue of the Agreement.

Although the conditions of confinement improved a little, Trinidad continues to be unjustly locked up in the Supermax, for which reason the Simón Libertad Campaign, made up of multiple forces from around the world, has been increasing a series of actions to achieve the repatriation of the Colombian hero and to widely summon joint efforts and hopes to achieve the objective.

On Wednesday, July 29 at 3 pm Colombian time (4:00 pm Venezuela time), a Latin American Song for the Freedom of Simón Trinidad will be raised. Comrades of the rank and file, militants, friends and people in solidarity with the cause of justice and freedom, will have a meeting of conversation, music and poetry, to add their voices to the campaign. It will be broadcast on the Chilean channel of Other TV on YouTube, the site is simonliberty.com and on Facebook, farcfuerzadelcomun.