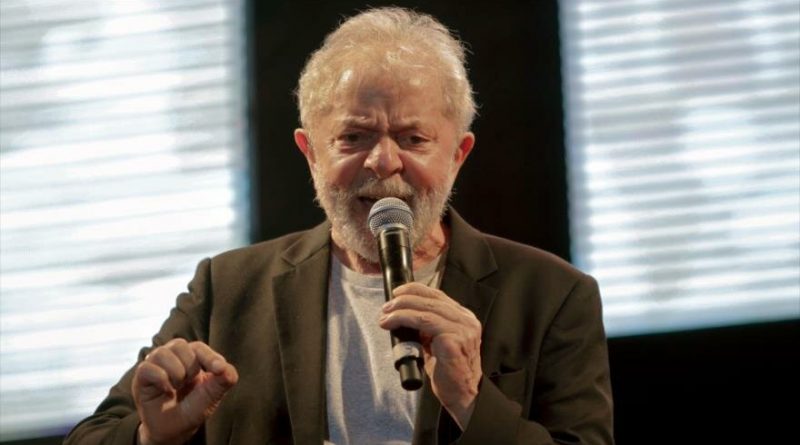 Lula da Silva praises the resistance of Venezuelans before the aggressions of the  US and it allies, while calling for solidarity with Evo Morales and his people.

“After what we have seen in Bolivia, I have to tell you that we must be proud of everything the Venezuelan people resisted so as not to surrender or bend to the whims of the US government,” the Brazilian former president said on Saturday.

Condemning the support of the United States for the coup against Evo Morales, the leader of the Workers’ Party (PT) of Brazil expressed his solidarity with the victims of the violent repression of the Bolivian Armed Forces, while alerting that what is happening in Venezuela is a “true demonization of a sovereign political process.”

Lula also attacked the subordinate governments of the United States, including Brazil, for recognizing the self-proclaimed president of Venezuela, the deputy Juan Guaidó.

“They invented a candidate for president who does not want to face elections to challenge the presidency,  Guaidó,” he said. President Maduro from Venezuela posted on his twitter account a thank you note for Lula and his statement.

Lula, who was accused of passive corruption and money laundering, was released from prison on November 8 following a decision of the Supreme Court of Justice that determined that the imprisoning of a convicted person before all appeals are exhausted is unconstitutional, also brought up the persecution suffered by the former president of Ecuador Rafael Correa.

“I am also supportive of the “companero” (former Ecuadorian president) Rafael Correa who is a victim of a process very similar to the one I’ve had here and also the Colombian people who went to the streets to demonstrate,” he said.

In the face of economic terrorism and Washington’s sanctions against Venezuela, the Venezuelan authorities have repeatedly assured that although such pressures are having a negative impact on the population, they will continue fighting to neutralize the coup plot.