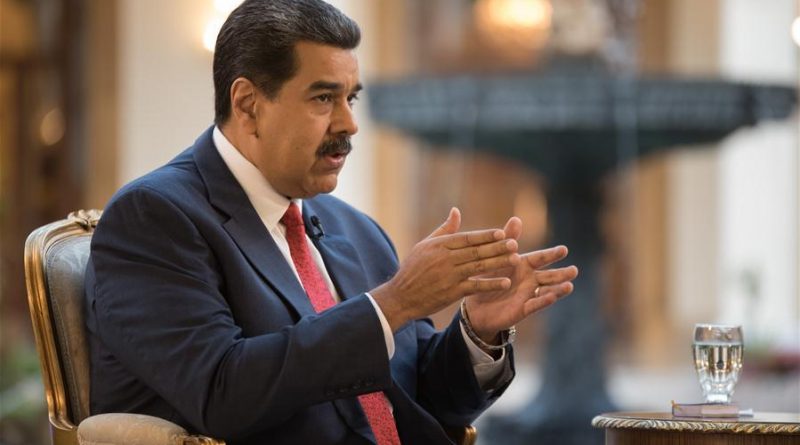 The Venezuelan government resumed contacts with Norway to dialogue with the opposition, after the freezing of the negotiation table in protest of the executive order imposed by the United States against Venezuela, said President Nicolás Maduro.

He expressed optimism that “in the next few days, we will announce good news about the dialogue process.”

With the help of Norway, other governments and the support of the Venezuelan people, “we have established initial talks to get closer” to an agreement, said the president.

Venezuela withdrew from the talks in early August after Washington’s decision to intensify a blockade of the South American country.

Asked about his economic plan to cope with the impact of financial, economic and trade sanctions, Maduro said he was assessing the measures.

“We have an economic program for recovery, growth and prosperity, with 11 courses (of action), which I am now evaluating to see what other things we can do for macroeconomic equilibrium,” said Maduro.

The government is striving to drive production, especially in the agriculture, mining and pharmaceutical sectors, he said.

“We have an economy of resistance (against sanctions) that has its sights set on expanding our productive strengths, and that is where strategy and measures are going to be focused so the country can achieve self-sufficiency,” said Maduro.

The idea is “to take action that will allow our economy of resistance to become an economy of expansion, to go from the resistance stage to the recovery stage,” he said.

Venezuela’s economy prospered until 2015, which marked the beginning of the “economic warfare, sanctions, embargoes, trade, financial and economic persecution, of the [United States] against our country,” Maduro said.

Venezuela has taken its case against the tide of U.S. sanctions to the United Nations Security Council, he said.

“The current government of the United States of America, led by Donald Trump, has taken an obsessive and aggressive stance against the Bolivarian revolution — completely intolerant — a position based on ideology and I think it has failed,” said Maduro.

Maduro recalled the foiled attempts to oust him from power, including inciting violent protests and organizing an attempted coup.

“They have failed,” he added.

“They have done us harm — and that’s how I am denouncing it to the world — they have done great harm to the quality of life, to the living standards of the Venezuelan people, but we are in a condition to continue moving forward despite these attacks,” said Maduro.

A nationwide campaign called “No More Trump” is currently underway in Venezuela to collect some 13 million signatures in support of a manifesto to be submitted next month to the United Nations.