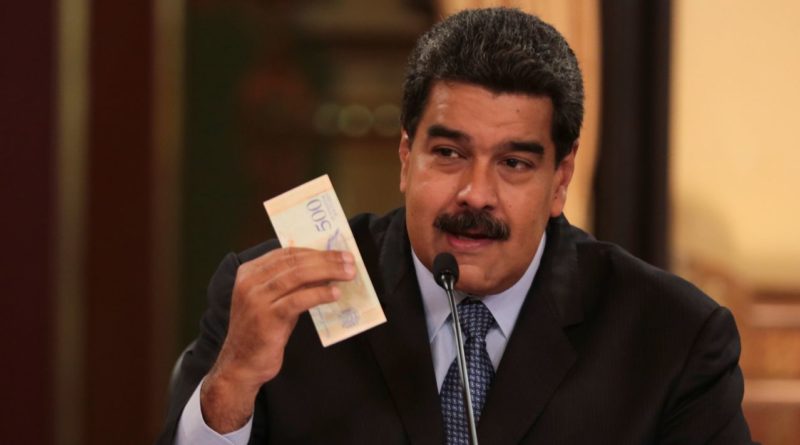 This Friday, President Nicolás Maduro met with national and international media at Miraflores Palace to brief them on economic, political and social issues, as well as the precise policies and actions that are taken by the government in each of those areas.

When asked about the “dollarization” that Venezuela is experiencing, the head of state admitted that “it is an economic reality. The economy is being self-regulated and all the dollars provided by the State and the oil rentier economy are now provided by the private economy (…). I decided to allow it and it has been correct. It is an option in the middle of a war and that option has allowed the economy to breathe and cool down.”

The president also said that the Venezuelan economy “has been self-regulating and that self-regulation has generated new business opportunities, mainly in dollars.”

And although he said that “he was attentive” to the phenomena related to dollarization, he stressed that “the course of the Venezuelan economy has to be its productivity, generating the currencies we need. That is the direction for 2020.”

On the other hand, Maduro stressed that although it was an important year for economic growth and since the government was attentive to the generation of foreign exchange, it would also be “the year of the definitive implementation of the Petro, because the Petro is the mechanism to defend the society that has no access to foreign currency.” Meanwhile, according to the economic policy implemented since last year, the crypto currency “is the solution so that an unequal society does not arise between those who have foreign currencies and those who do not.”

The high and rising price of the Petro has made the Venezuelan government decide to charge a growing amount of services and fees, previously charged in dollars, in the crypto asset (Petro) and decided to grant massive bonuses through the “Carnet de la Patria” system during the month of December, a process that served to adjust the integration mechanisms between the National Platform, public banks and the PetroApp, the president said.

Therefore, the Venezuelan leader did not hesitate to confirm that the distribution of the Petro was a “successful and productive ” process and that it protects those who do not have the possibility of accessing foreign exchange, since “the Petro yields a lot, yields to the people.”