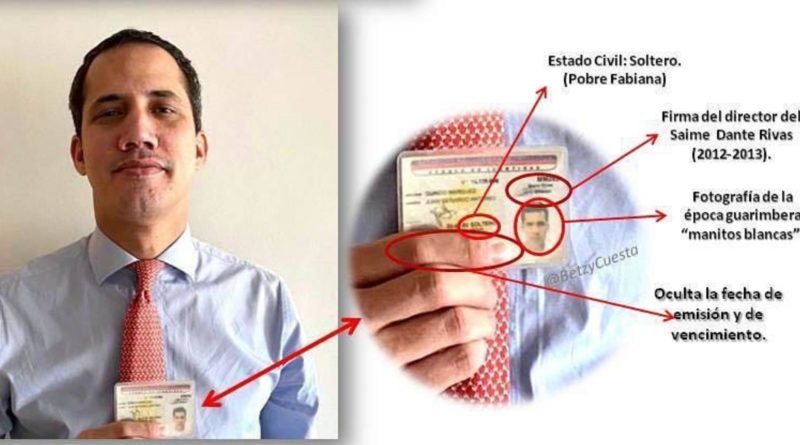 Following the drama of his identity card, the self-proclaimed “president in charge” Juan Guaidó said on his social networks that he already had his new identity documents. However, many Internet users did not believe the story.

Guaido’s ID card was confiscated by immigration officials while entering the country last week because he alleged his passport was lost and did not present this essential travel document to verify exit and entry stamps.

“With birth certificate and ID card. Thanks to the honest and committed officials who helped us and sent it to me. The dictatorship should address its internal fractures and divisions, what is coming is inevitable. We are not alone. Neither outside nor at home,” was the message posted on his Twitter account while showing the ID with a finger covering the date of issuance.

However, there are facts that do not fit the document shown by the opposition deputy, mainly, the photograph. He looks much younger and even with more hair than today. In addition, it appears to be signed by the former director of Saime (Identity Agency), Dante Rivas, and not by Gustavo Viscaino, who is the current director of this agency.

Last Wednesday, the president of the National Constituent Assembly, Diosdado Cabello, showed on his TV show “Con el Mazo Dando”, the cut up [confiscated] Guaidó ID card and affirmed that it was taken “because everyone should enter Venezuela with a passport.”