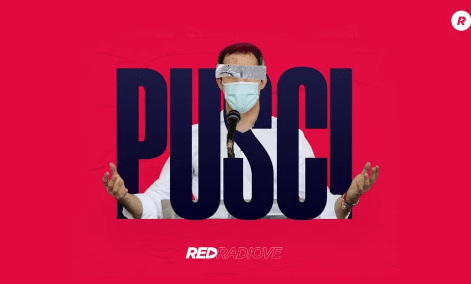 Venezuelan opposition announced the launch of a new unity platform. So far in political history, this is the fifth attempt by the bench to work together, but does this new initiative have the possibility of functioning?

Political unity is one of the most complex propositions. Finding common ground and not betraying each other is a challenge that requires maturity and respect for those alongside whom you must work.

In recent years, the Venezuelan opposition has undergone several attempts to present itself as a single bloc against Chavismo, but the efforts have been unsuccessful.

To date, we can mention:
1- Democratic Coordinator (2002-2004). Objective: to remove Chávez from power by way of recall referendum or by the execution of a coup d’état. Result: failed.
2- Table of the Democratic Unity (MUD): (2009-2018). It brought together opposition groups to participate in the 2010 parliamentary elections. Result: it did not gain the needed majority in the Assembly.

• Under this alliance, electoral participation was promoted in 2018. However, with presidential elections still weeks away, the bloc (with the exception of the Avanzada Progresista party) withdrew from the contest claiming that: “The premature and unconditional event announced for April 22 is just a show by the government, to pretend to a legitimacy that it does not have.”

3- Free Venezuela Broad Front (FAVL): (2018). It was responsible for calling a large part of the protests against the government. Objective: coup against Nicolás Maduro. Result: none.
4- Single Command of the Opposition (CULO): (2020). Proposal made by the former Zulia deputy, Juan Pablo Guanipa, in an interview with Carla Angola, to regroup the opposition parties. This initiative did not advance politically, but it made a mark in the meme wars prompted by its acronym.

If we look at the narrative of the opposition organizations, we observe the following:

• They arise with an electoral intention to group the parties and their bases.
• They overcome their non-recognition of Venezuela’s electoral authority (CNE) and are divided between democrats and coup plotters.

◦ The Democrats remain in the elections.
◦ The coup leaders initiate street demonstrations and violent actions.

• They are defeated in both scenarios.

This result should indicate to the opposition that their political reading of the Venezuelan scene is more complex than a marketing strategy. It is not enough to change colors, letters, or to promote some different attribute of the product-candidate, to defeat the Bolivarian revolution.

However, signs that the lesson has not yet been learned are drawn when, faced with a new crisis of opinion, the answer is the formation of yet another unitary platform.

Another unitary attempt
On the same day that Vice President Delcy Rodríguez was present at the Ibero-American Summit, on behalf of President Nicolás Maduro, former deputy Guaidó announced the creation of another organization to bring together anti-Chavismo.

It is called the Unitary Platform of Civil Society (PUSCI). Besides sounding like “pussy,” its objectives allegedly are: “to address the humanitarian crisis, restore constitutional order and human rights, restore sovereignty through free elections, and promote national reconciliation.”

RELATED CONTENT: Today, Defense of The Revolution Rests with the Media

In a superficial reading, it is observed that, on the one hand, only two aspects unite the opposition parties:

• The commitment to the international intervention agenda, which nurtures the so-called “Venezuela dossier.”

• And, as in the past, the electoral agenda.

And on the other hand, the opposition’s marketing strategy is trying to respond to the loss of influence of the leader, his position, and image, reflected in opinions such as that of extreme right winger Marcel Granier, who admitted in a recent interview how weak anti-Chavista forces are, pointing to their lack of leadership and intelligence.

Where does the opposition go?
Since the beginning of 2020, national and international groups have questioned Guaidó’s leadership. Although some countries insist on recognizing him as an authority in the country, the COVID-19 situation made it clear that Nicolás Maduro is the president of Venezuela.

Guaidó’s collapse, and pressure actions lacking popular support, which drag down the rest of the opposition political organizations, are handcuffed by the financial and figurehead role that he maintains with the United States under the new Biden administration.

For this reason, in such a diverse opposition—which includes fascist sectors (who lead it), personalities with an electoral trajectory, and dissidents of Chavismo—only the international and electoral agendas represent the points of agreement.

Again, it is not a program of struggle, or an agreement on goals that brings them together. This situation makes it possible to predict that the coup sector will once again prevail, resulting in non-recognition of the CNE in the upcoming regional elections, and a new coup attempt will be written in the history of the Bolivarian revolution.

Meanwhile, Chavismo, ignoring marketing theories, has kept the same basic structure since 2002: the United Socialist Party of Venezuela (PSUV), unchanged in its objectives and leadership and, consequently, continuing to accumulate democratic victories.