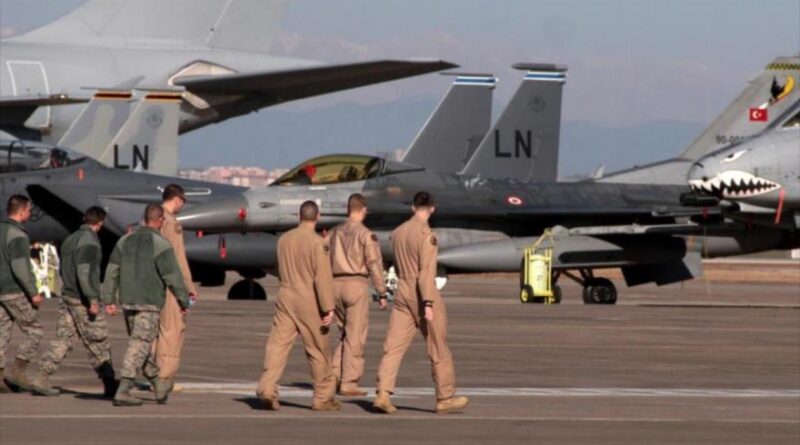 Caracas and Montreal, April 26 (Orinoco Tribune)—On Saturday, US President Joe Biden announced that his country classified the massacre of Armenians by Ottoman Empire forces during the First World War, in present-day Turkey, as “genocide.” This led to harsh condemnations from the Turkish government.

On Sunday, the President of the Patriotic Party of Turkey, Dogu Perinçek, announced that his country should stop military cooperation with Washington, expel the US Army from its territory, and prohibit the use of its air bases by the US Air Force, including those involved in the North Atlantic Treaty Organization (NATO). Perinçek demanded that Washington’s troops leave Turkish military installations within 15 days, regardless of whether the US Department of Defense (the Pentagon) is prepared for it or not.

“The Turkish Armed Forces must immediately establish full control over the Incirlik air base and return home the US troops deployed there within 15 days,” he stated.

Earlier today, demonstrators at the US consulate in Istanbul protested against Biden’s declaration. They chanted “genocide is a lie, it’s an American plan,” and demanded that the US leave Incirlik military airfield in southern Turkey, the easternmost base within NATO’s military reach.

Turkey summons US ambassador over Biden statements
On Sunday, the Turkish government requested a meeting with the US ambassador David Satterfield in Ankara (Turkey’s capital), and clarified that it considers the US president’s words “unacceptable.”

Ankara considers Biden’s statement “invalid in terms of international law” and rejected it, Turkish authorities told the US diplomat.

As a “precautionary measure” against further unrest, the US embassy in Ankara and US consulates in Istanbul, Adana, and Izmir announced they will be closed on Monday and Tuesday, April 26 and 27.

The Armenian massacre took place between 1915 and 1917 and is estimated to have resulted in 1.5 million deaths. The tragedy has been labelled as a genocide by 32 United Nations countries, including the Germany, France, Italy, Canada, Russia, and Brazil. Turkey maintains that the death toll was not due to a systematic plan to exterminate the Armenian population, but resulted from a civil war aggravated by famines, which killed several hundred thousand Armenians in addition to ethnic Turks.

Various tensions have plagued the Turkey-US military alliance. In December, 2020, the US imposed sanctions on Turkey for purchasing a Russian missile system. Turkey has expressed frustration over Washington’s arming of Kurdish YPG militants in Syria. In addition, Turkey has been unable to extradite Fethullah Gullen—who now lives in the US—accused of orchestrating a coup to overthrow Erdogan in 2016.

The Associated Press reported that on Monday, April 26, a  group of protesters gathered outside the US consulate in Istanbul in protest of Biden’s declaration. Chants of “Genocide is a lie, it’s an American plan” could be heard along with demands that the U.S. stop using Incirlik Air Base in southern Turkey.

Featured image: US air forces walk near military aircraft at Incirlik base in Turkey. Photo courtesy of HispanTV.